While I adore Will Ferrell's hilarious beer-swilling, tighty-whitey-wearing characters, that shtick can only last so long before it feels stale. I've been longing to see the funny man show off his serious side again since his turn in Stranger Than Fiction, which is why I'm so pleasantly surprised to hear that he's veering into drama once more with his latest venture, Everything Must Go. Now, today's casting news has me even more psyched for the project: British actress Rebecca Hall will costar. That's sure to up the comedian's A-game! 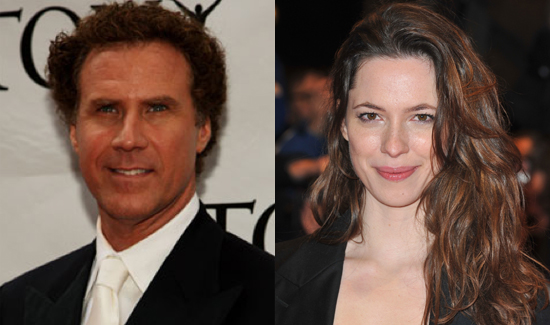 The indie drama centres on an alcoholic (Ferrell) who loses his wife and his job when he falls back off the wagon, then takes up residence on his front lawn to sell his old stuff. Hall will play a neighbour who connects with his character. Add this to Hall's performance in Vicky Cristina Barcelona and her upcoming film Please Give, and her star is only rising. I'm sure it won't hurt to have someone with a popular audience like Ferrell to make her a household name. What do you think of Hall and Ferrell playing off each other? Do you like Will Ferrell in more dramatic projects, or would you rather just see him stick to comedy?