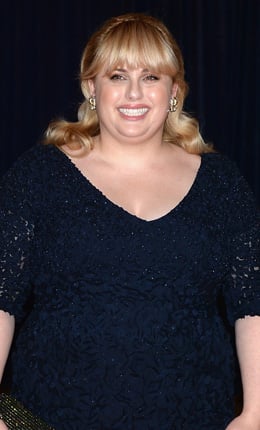 Rebel Wilson’s career is going from strength to strength after it was announced she’ll be getting her own TV show in the US. Titled Super Fun Night, the series’ premise follows three nerdy girlfriends who want to make sure every Friday night is a “super fun” one. US network ABC picked up the comedy, which was created by Rebel — on top of starring she’ll also produce. Conan O’Brien is also on board as an executive producer.

It’s just the latest example of Rebel having Hollywood wrapped around her finger. She’s raised her profile thanks to scene-stealing roles in Bridesmaids, Bachelorette and Pitch Perfect, and last month she had the honour of hosting the MTV Movie Awards. Her Australian TV credits include Pizza, The Wedge and Bogan Pride, which she wrote, produced and starred in.

TV
The Undoing: Elite Reardon School May Not Be Real, but It's the Typical NYC Private School
by Hedy Phillips 18 hours ago

TV
Someone Turned David Rose's Sweaters Into Mini Christmas Ornaments, and I Need 'Em All
by Chanel Vargas 18 hours ago

TV
So, What Exactly Are Those Green Pills Beth Takes on The Queen's Gambit?
by Kelsie Gibson 18 hours ago