It's no secret that all of us have been looking forward to this week's Rocky Horror-themed Glee with much antici . . . pation. We've even been talking about it since the announcement of the episode at Comic-Con. So how does it live up to the hype? 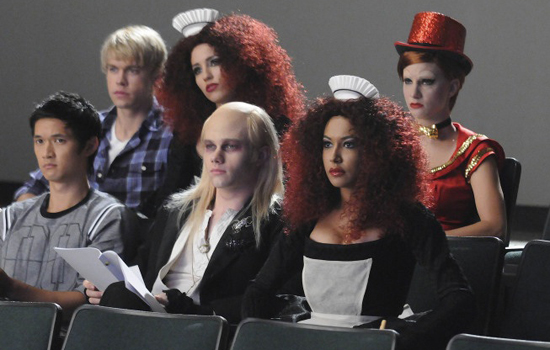 It's not that the tribute show isn't fun in spirit (it absolutely is) or that the New Directions kids don't sound great doing their renditions of the Rocky Horror songs, but to me, the episode feels a little anticlimactic. Not to worry, because there's still plenty of good to discuss. Let's review when you read more.

So did the special episode live up to your expectations, or do you feel let down? Which song was your favorite? Get talking in the comments below!