Glee is back for season three, and the brand new school year has brought with it a few shakeups: several characters have quit the glee club, a few are off the show entirely (Sam, we hardly knew ye), and since it's senior year for a few of the students, we're starting to see plans form for when the year ends. 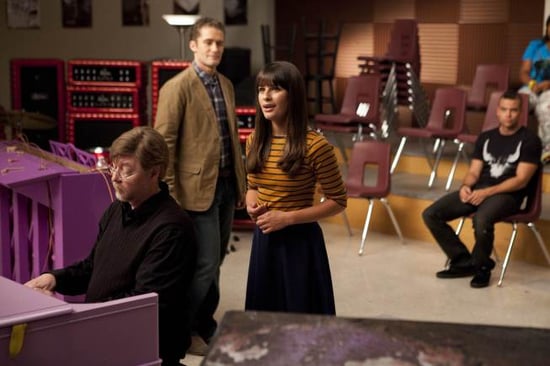 The season opener set up some arcs for the next few months, but it also glossed so quickly over many things that changed my head was spinning. Still, it's nice to see the gang back — even if they're not singing all together again yet. It's time to talk about everything that goes down in the episode, though, so let's go over it all when you read more.

There are a few things I'm excited to see more of, like Blaine's transition into the club (will he be a total diva or learn to take a backseat sometimes?) as well as things I could do without, like Sue's political campaign. What did you think of the episode and the "new directions" (yep, I went there) of season three?