This week's Mad Men is titled "The Chrysanthemum and the Sword," but stop searching for any deep double meaning, because it will perhaps be better remembered as "the one where Sally Draper plays with herself." Yes, the show goes there in this episode—consider the envelope pushed. While Sally deals with growing pains (and an infuriated Betty), daddy Don is busy trying to secure a Japanese Honda account much to the distaste of WWII vet Roger. 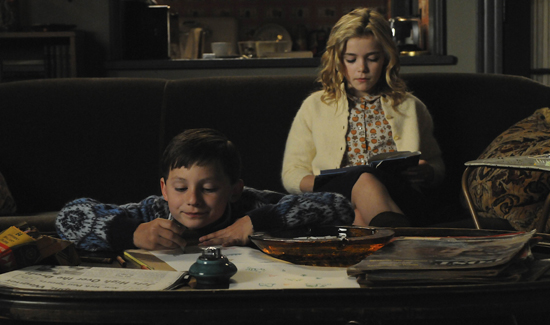 In terms of this season thus far, this may just be my favourite episode. Darker moments aside, the show lets itself have some fun with a cat-and-mouse type tease between Don and new rival, Ted Chaough, and the Japanese businessmen had me laughing with their overt reaction to Joan ("How does she not topple over?"). Let's recap the big moments of the night when you read more. 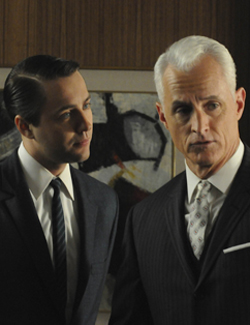 What did you think of the episode? Do you agree that it's an improvement on the past ones from this season? Were you surprised to see the show address Sally's moment of self-discovery? Let me know your thoughts in the comments!