Oh, how the tables quickly turn on this week's Mad Men. The episode starts off on a promising note for Don; he calls Sally with news of Beatles tickets, which sends her into a screaming fit of pure joy. Even Betty seems impressed with the show of father-daughter love. Then it all goes downhill, as surprise visitors make the ad man lose his cool (and that's putting it mildly). Who comes to his rescue? A reluctant Pete, who is furious about having to keep Don's secret . . . yet again. 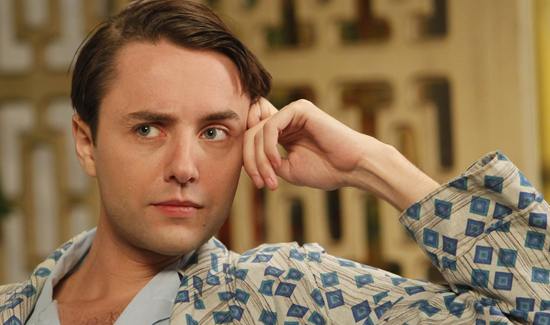 Don isn't the only one in trouble. Lane Pryce is in love with a new girl, but his father arrives on the scene to put a stop to all that. Joan has personal problems of her own, which quickly get swept under the rug. As for Roger, he's doing all he can to salvage his last shred of dignity at the agency. Let's recap the big events of the night when you keep reading. 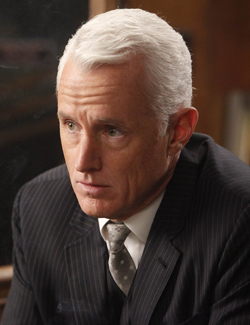 What did you think of this week's episode? Did your mouth drop at Pryce's cane-smacking? Why did Don eye Megan in the show's final moments — will he ditch Faye for a fling? Let me know your thoughts in comments!