This week on Grey's Anatomy, the doctors are (mostly) done grieving for George and have moved on to the newest preoccupation: the merger. With their jobs on the line, everyone battles for hospital time, as they fight off paranoia in the midst of a new batch of patients. 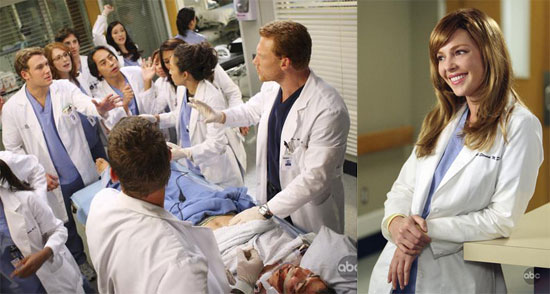 We'll be recapping last night's second ep in a little bit, but in the meantime let's get this first recap started.

What did you think of this week's episode? Did you think schizophrenic Tom was going to wreak more havoc than he did? Did any of the main doctors deserve to get the boot? Stay tuned for our recap of last night's second ep, later in the day.