Seattle Grace has been invaded and this time it's with new doctors in addition to fresh patients and injuries. It doesn't take very long for the surgeons to butt heads with the Mercy West newbies—in fact, Izzie is ready to throw down after one of the doctors takes George's locker in the locker room. Eventually, Izzie is the only one who warms up to the Mercy Westers, only to get burned first by a new friend and then by the chief. 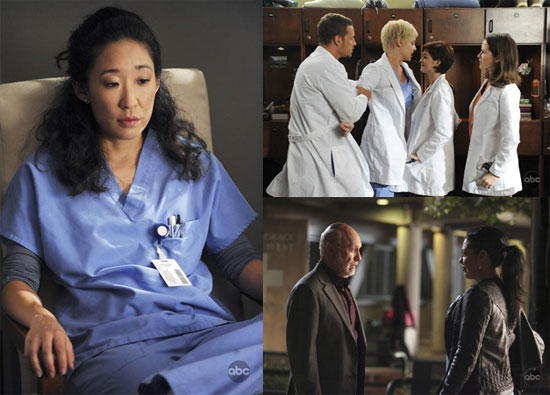 Ready to talk about all of the latest drama from Grey's Anatomy?

Now that Izzie's gone, what do you think will happen when she gets back? Is it really over for her and Karev? Did you like seeing the fresh meat at Seattle Grace or were you just as irritated as the doctors? For more on everything Grey's, check out our past recaps!