Where to even begin? Lost was so chock-full of surprises and little clues, I think the biggest question might be how they managed to squeeze it all into an hour-long show. This week, we switch focus from Locke to Sawyer, as we go back to the temple where Hurley and Jack are still camped out. Oh yeah, and Hurley is still seeing Jacob. 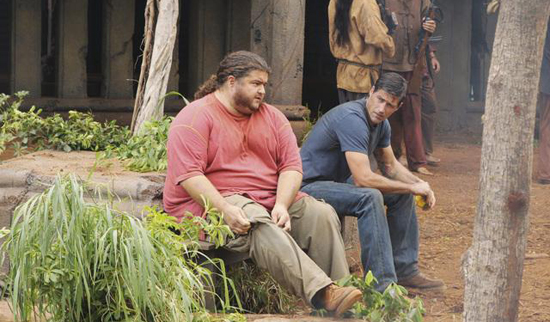 Jacob actually gets a nice dose of screen time this episode, along with another familiar face: jungle Claire. Finally, we discover what she's been doing for the past three years—and just who she's been talking to. But one of the biggest shockers of the night actually happens on the mainland. I don't want to give too much away, so let's dive right in (needless to say, there are spoilers!).

Whew, I'm exhausted from trying to wrap my head around all of that, but I'd love to hear your theories. Did you catch anything that I missed? Please share in the comments below!