Alright, Seven, you got us. You promo'd this week's Lost as so incredibly shocking you couldn't even show us the footage. Well, it has its share of jaw-dropping moments (especially the last five minutes!), but mainly it just serves as a nice connection episode, ready to set us up for when the real drama hits the fan. And boy, is it about to. 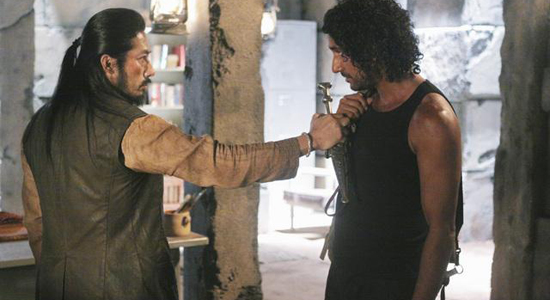 The storyline focuses on Sayid as he finally confronts Dogen about why he's trying to kill him. A four-star fistfight ensues—seriously, Jason Bourne, eat your heart out—which kick starts another battle of good against evil. Only this time, Sayid is the pawn. Plus, in a nice flip to the sideways world, we learn more on Sayid's family and the woman he loves. I don't want to give too much away, so let's get down to it. Relive the episode (and share your theories to some of my questions!) after the jump! 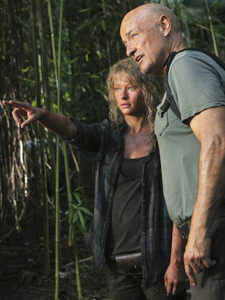 The episode closes with Locke leading his new army of followers, as he ventures out into the jungle—no doubt looking for Jacob. It feels like we're revving up for a battle of epic-sized proportions, but till then, let's start swapping thoughts about "Sundown." I'm dying to hear your theories about Kate's involvement and Illana! Post them in the comments.