After the two-hour premiere packed in countless WTF moments, this week's Lost scales us back to a slower pace. As you might guess from the episode title, we're mainly following Kate this time around after she hijacked a cab—and during her escape from the temple (more on that later). Also picking up where last week left off: Sayid's miraculous resurrection, which turns out, may not be a good thing after all. 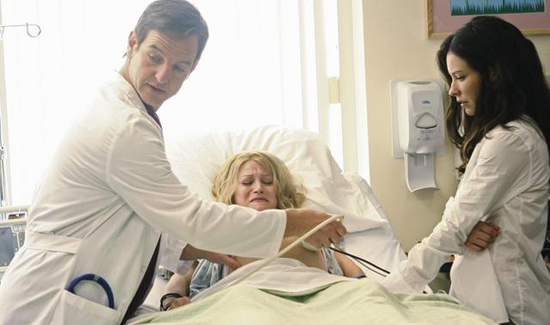 I've probably already given too much away (this photo alone is too revealing!), so let's go into total spoiler territory here, and chat about the episode in full.

I'm curious to hear your thoughts about anything and everything! What do you make of the latest speedbump in the Kate-Sawyer-Jack love triangle? And what will become of Claire's return? Let's start swapping speculation in the comments.