The wait is over! The Vampire Diaries returned to Go! this week and it's so great to be able to sit down and watch an episode. 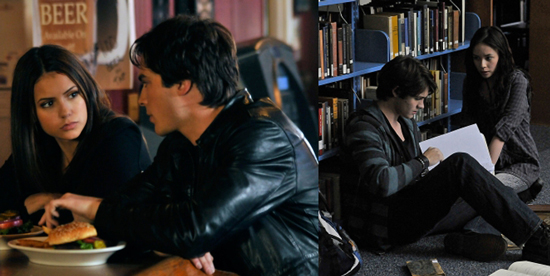 The story picks up with Elena injured in a car crash and a creepy creature coming for her. But there were also amazing storylines picked up not just for Elena, but Bonnie, Jeremy and Alaric as well. So to start talking about this week's episode, spoilers and all, just keep reading.

So, what did you think? Wasn't it nice that we ended an episode without Stefan and Elena breaking up? And once again, for as many little threads that were sewn up, there were as many brand-new threads of the story that I can't wait to explore. How do you think Katherine and Elena are related? Who is the hooded monster? Share your thoughts in comments!