As if the title didn't tip you off already, this week's The Vampire Diaries is all about digging up the past. Katherine gives us a closer peek at her back-story (and that of Mystic Falls) and her romance with Stefan—but could it be the two still have some rekindling to do? There are definitely old feelings left to explore, even if most are fueled by hatred. During the hour, they try to stick each other with a stake at least once. 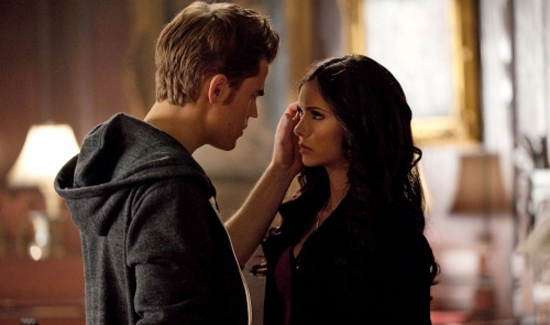 Between all of the flashbacks, sexual tension, and one tricky twist I didn't see coming, it's an incredibly satisfying episode. Let's get to it when you read more.

What did you think of this episode? Too much flashback? Not enough blood? Or did you eat up every minute of it? Share your thoughts in the comments!