The Last Airbender may sadly be remembered as the blockbuster that could have been. On paper, it has all the makings of a perfect popcorn movie: an experienced director in M. Night Shyamalan, a fan base thanks to the cartoon series on which the film is based, and a story that appears to be both intricate and action-packed. Things went awry somewhere along the way, and writer/director/producer Shyamalan is the only one to blame. 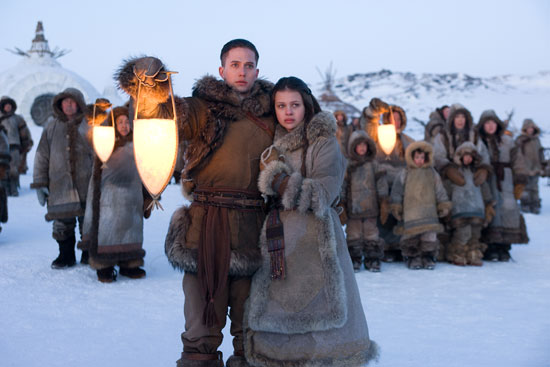 It's hard to believe the man behind The Sixth Sense is also guilty of the painful dialogue and lackluster script we're given in Airbender. While the gorgeous scenery and dizzying special effects keep the film from falling apart entirely, it's not a promising start for a franchise. To see what i mean, just read on.

The film takes us to a fantasy world divided into four nations based on the elements of earth, wind, air and fire. Amongst the "Nomads" are "Benders", a select few who can control their element (though it's unclear why this talent would be useful for anything other than battles). Keeping the peace amongst the four nations is the Avatar, the only person who can bend all four elements and communicate with the spirit world. The Avatar has been missing for 100 years, though, and the Fire Nation has emerged as the dominant power, taking control of the other nations and wiping out the Air nomads entirely.

Still with me? The film opens with Sokka (Jackson Rathbone) and Katara (Nicola Peltz), a brother and sister duo who are just trying to survive in the Water nation under the oppressive rule of the Fire nation. They stumble upon Aang (Noah Miller), a child who looks like a monk and is sporting some serious tattoos. It's not long before they realise he's the last known airbender and the Avatar—but he was trapped for a century before he was able to fully develop his power. 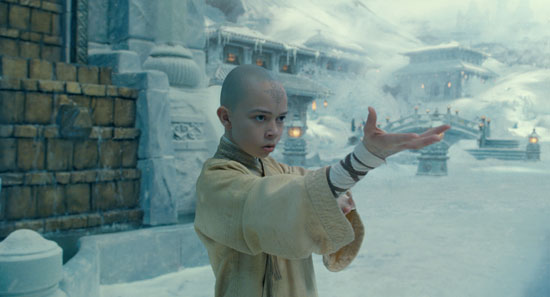 There are characters and plot lines aplenty in the film, but Shyamalan fails to amalgamate the components into an exciting tale. The movie rushes through its story line, seemingly eager to get us to the film's climax. But without building the right momentum, the crux of the film doesn't pack nearly enough excitement or suspense. The same can be said for the characters: clearly each person has a history, but there's not nearly enough time spent exploring what makes them tick, and the emotional disconnect makes the story even more flimsy.

Shyamalan does excel in one area, and that's in the visual effects. The 3D aspect doesn't bring a ton to the table, but the stunning backdrop (most of it is shot in Greenland) and well-choreographed fight scenes kept me entertained in the midst of some seriously wooden performances. The special effects are exactly on point (particularly when the benders are working their magic), keeping the action sequences engrossing and often mesmerising.

The Last Airbender is a very, very good-looking film, but no amount of special effects can mask the gaping hole where a great story should be. Airbender is meant to be the first of three chapters, and though it ends with a semi-interesting cliffhanger, it's not enough to corral audiences in for more.