Another one bites the dust. This week Grey's Anatomy took a break from the typical episode fodder and instead we are treated to a whodunnit-style murder mystery when one of the doctors loses a patient in the midst of a crisis situation. We hear each doctor's story one by one, and when the cause of death is finally discovered someone is sent home. (House meets Survivor, don't you think?). 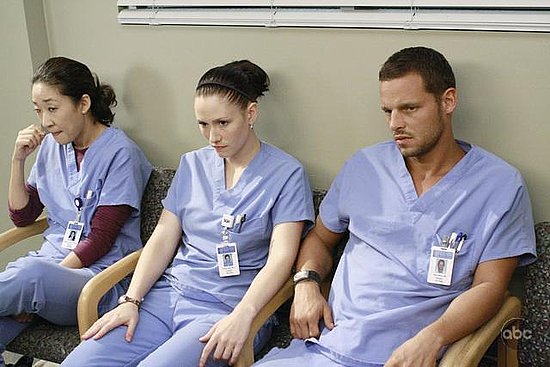 So, ready for my rundown?

So do you think April deserved to get fired? Will the doctors finally start getting along now? Are you missing all the McDreamy and McSteamy screen time? Let us know in the comments below! Photo copyright 2009, ABC, Inc.