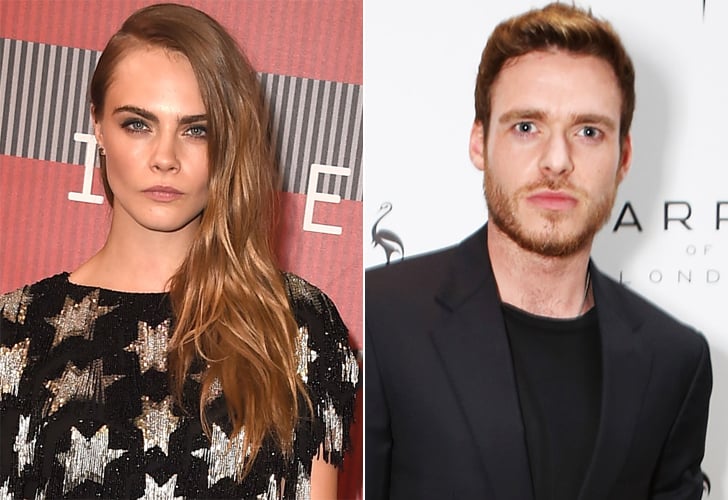 Cara Delevingne spoke up after Richard Madden weighed in on her cringeworthy interview that went viral a few weeks ago. Earlier this week, Yahoo Lifestyle reported that while speaking to Style magazine, Richard called the interview "unprofessional." The 29-year-old Game of Thrones star went on to share his two cents on the 23-year-old model's short, clipped responses, saying, "It made her seem ungrateful. She showed her age. For Cinderella, I did six weeks of those interviews, where you get asked the same eight questions." He added, "If you're not capable of doing that gracefully, then don't do it."

On Wednesday, Cara took to Twitter to confront Richard publicly, saying, "@_richardmadden I have no idea who you are but I think it's little desperate for a grown man to be bad mouthing someone they don't know." In a second tweet, she wrote, "@_richardmadden if you really want attention that badly, try focusing on your own work and not other people's." Richard replied just a few hours later, tweeting, "Hi @Caradelevingne, nothing but respect for you. Misquoted and blown out of proportion. #SlowNewsWeek."

Award Season
Reese Witherspoon and Kerry Washington Threw a NYE Party For the Emmys, Because They're Over 2020
by Kelsie Gibson 1 week ago

Celebrity Twitter
It's Been 10 Years, and One Direction Can Still Make Us Tear Up With Their Sweet Words
by Mekishana Pierre 24/7
Latest Celebrity
×