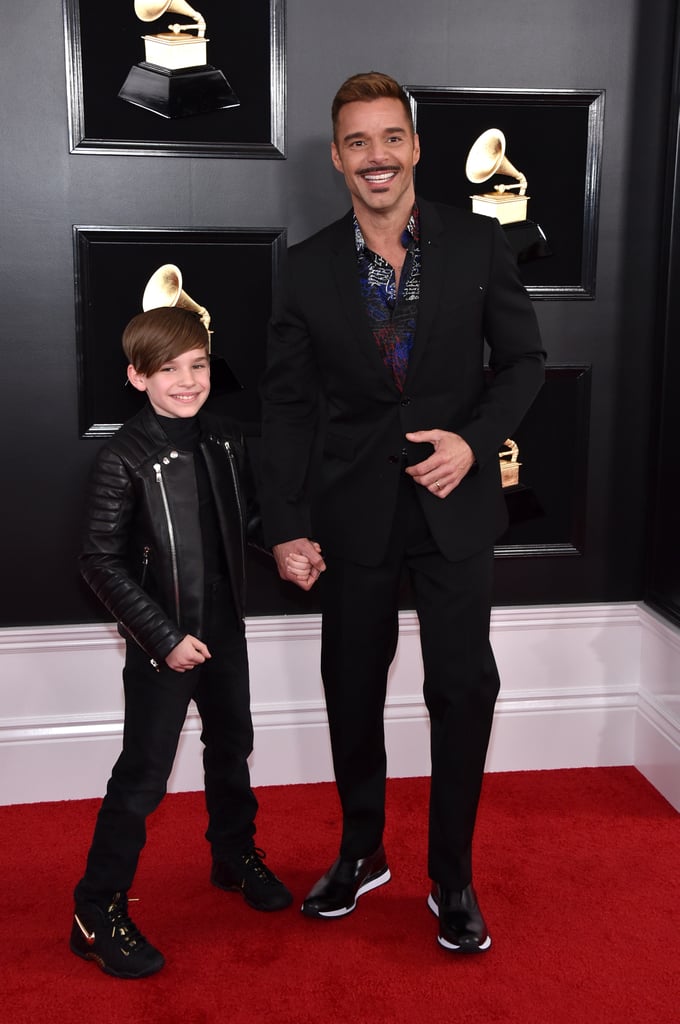 It's been 20 years since Ricky Martin was "Livin' La Vida Loca," but decades later and his life is still indeed, loca. On Sunday night, the Assassination of Gianni Versace actor walked the red carpet hand-in-hand with his 10-year-old son, Matteo, and all eyes were likely on the adorable duo, dressed in matching all-black outfits. As for Matteo's twin brother Valentino, we have a feeling he's cheering them on with Ricky's husband, Jwan Yosef, and their newborn baby girl, Lucia.

It's a big night for Ricky, as he's opening the 2019 Grammy Awards with Camila Cabello, J, Balvin, Arturo Sandoval, and Young Thug in performance that's bound to be unforgettable. But don't let Ricky's mustache distract you from the adorableness that is the father-son pair. Matteo sure is going to have good stories for the kids at school tomorrow! Read on to see photos of Ricky and his son Matteo at the Grammys.