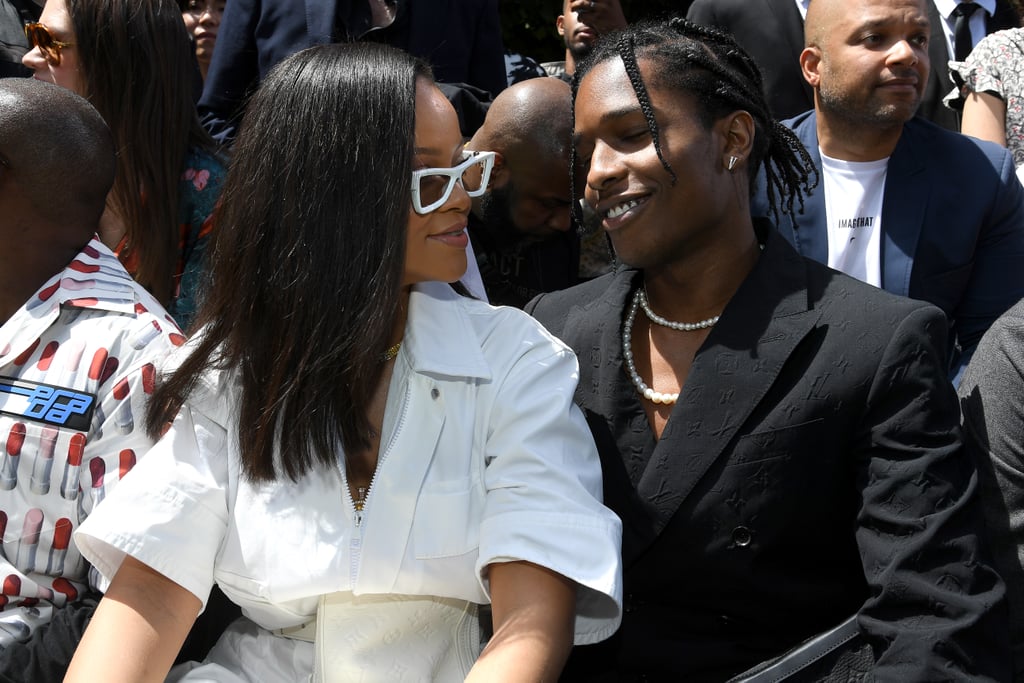 Rihanna swept through the City of Light on Thursday to attend the Louis Vuitton runway show during Menswear Fashion Week. The singer and Ocean's 8 actress rocked a utilitarian white jumpsuit for the show, which was held outdoors and marked the debut collection from Virgil Abloh, who became the first black designer to be named artistic director of the French luxury house in March.

Rihanna struck a series of badass poses for the camera and sat front row to watch the collection. The newly single singer — who reportedly broke up with boyfriend Hassan Jameel because she "gets tired of men" (same, by the way) — was snapped with rapper A$AP Rocky, whom she was rumoured to have had a romance with back in 2015. That same year, Rihanna was also linked to Travis Scott . . . who also happened to be sitting front row at Louis Vuitton with his girlfriend, Kylie Jenner. Oh wait: did we mention that Kylie's sister Kendall had a brief fling with A$AP Rocky, too? They were a thing in 2017 and confirmed dating rumours during a PDA-filled night at the Met Gala that year. Whew. That was a lot. Now, keep reading to see Rihanna's fashion-filled day in Paris.

Award Season
Emma Chamberlain Poses With Her Louis Vuitton Bag For the PCAs — Oh, and Her Cat
by Sarah Wasilak 2 weeks ago