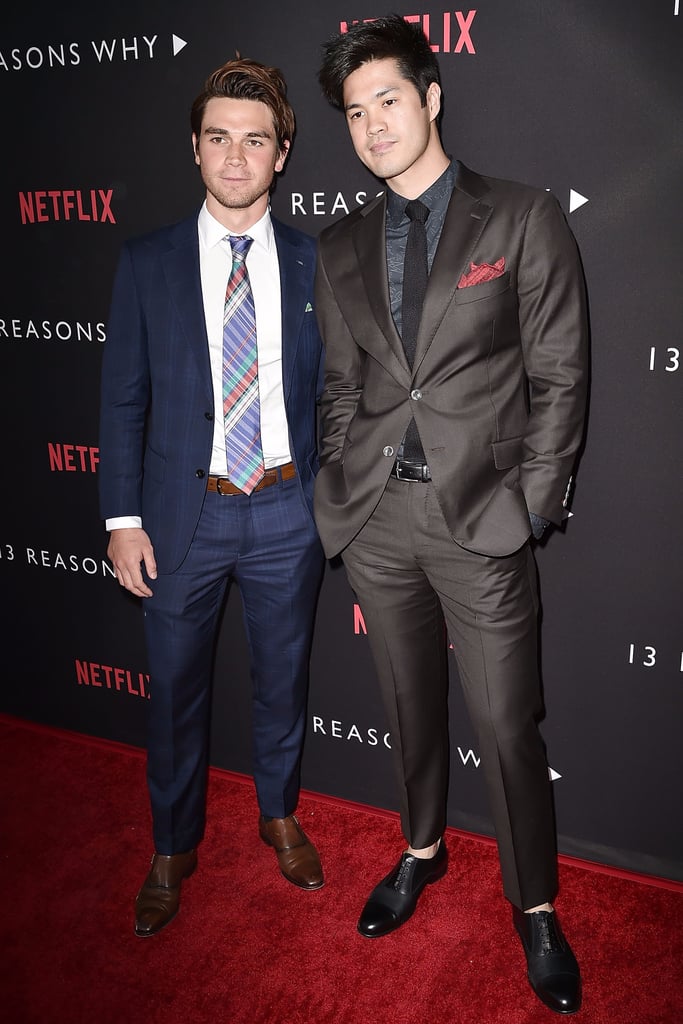 It seems like all we can really talk about these days are two of the most popular shows on TV: Riverdale and 13 Reasons Why. While they're completely different — Riverdale lives on The CW, while 13 Reasons Why is Netflix's latest hit — there is some common ground between them. In addition to the mirroring storylines of death and sexual assault in high school, the two stellar casts are also just one big group of friends in real life.

Related:
21 Movies to Watch If You Loved 13 Reasons Why

Ross Butler, who stars in both shows but is sadly being recast for season two of Riverdale (probably because he committed to a second season of 13 Reasons Why), is the main tie between the two. He's close friends with KJ Apa and Cole Sprouse from Riverdale, is tight with the entire 13 Reasons Why crew, and frequently brings them together for hangout sessions. Most of them follow each other on social media and like each other's photos, and Apa even attended the red carpet premiere of 13 Reasons Why. Keep reading to see more of the new Hollywood crowd we would definitely want to run with.

Related:
8 Shows You Should Watch If You're Obsessed With Riverdale
Previous Next Start Slideshow
Join the conversation
TVRoss ButlerRiverdale13 Reasons WhyCelebrity FriendshipsCole Sprouse
More from POPSUGAR
From Our Partners
Related Posts