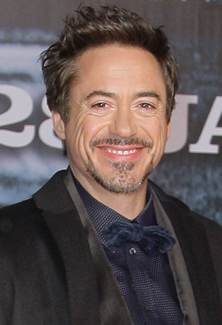 The Iron Man is going to blast off! Robert Downey Jr. has lined up his next big blockbuster; the actor is in talks to star in Gravity, a sci-fi film directed by Alfonso Cuaron. RDJ will play the main character—the leader of a group of astronauts who is left alone in orbit when his team is destroyed by an exploded satellite. It's a role that Angelina Jolie was reportedly attached to before, but I have no trouble envisioning RDJ in the role.

This is just the latest in Downey Jr.'s string of action flicks—Iron Man 2 is out April 29 and he starts shooting the sequel to Sherlock Holmes later this year. That said, Gravity will go somewhere the actor hasn't gone before: it will be in 3D!