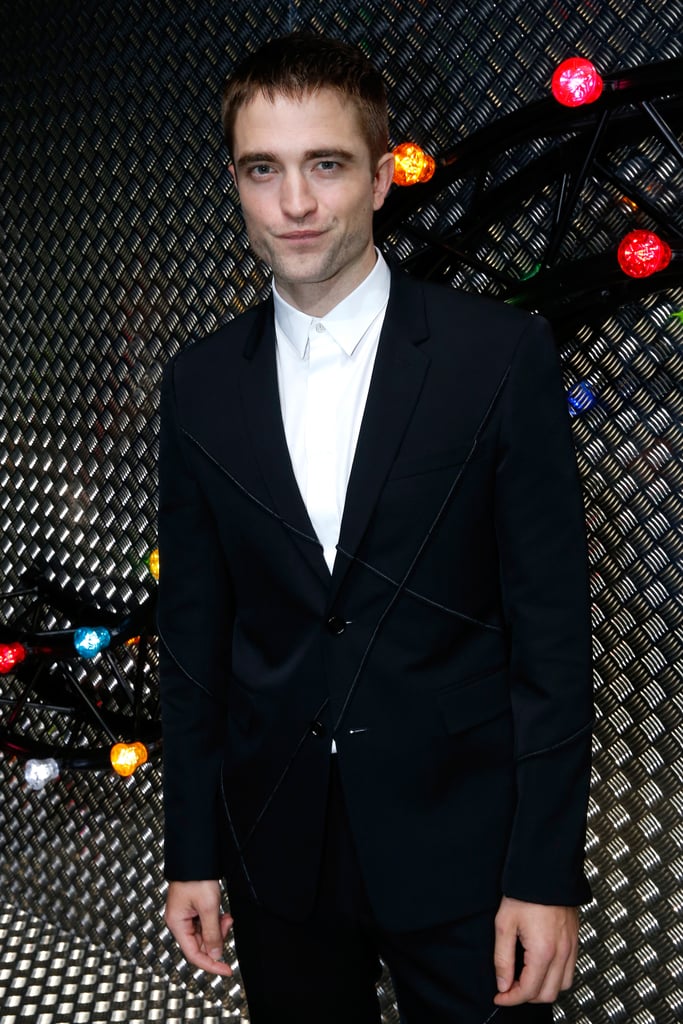 Robert Pattinson popped up in the front row at the Dior Homme runway show during Paris Men's Fashion Week on Saturday. The actor posed for photos with Michael B. Jordan and rapper A$AP Rocky, as well as Sean Penn's son, Hopper Jack. After checking out the collection, Robert headed backstage to chat with designer Kris Van Assche. We haven't seen Rob at a high-profile event since early May, when he attended the Met Gala with his fiancée, FKA Twigs. While the couple hasn't revealed any details about their upcoming nuptials, they have said some pretty sweet things about each other in interviews. Scroll through to see Rob's latest outing.

Previous Next Start Slideshow
Join the conversation
Michael B. JordanFashion WeekRobert Pattinson
More from POPSUGAR
From Our Partners
Related Posts

People
John Legend Thanks Michael B. Jordan For Taking Over as This Year's Sexiest Man Alive
by Yerin Kim 5 days ago

Movies
Michael B. Jordan Is Producing a Static Shock Film — Here Are All the Electrifying Details
by Brea Cubit 18/10

Movies
The Batman Resumes Filming in the UK, and Colin Farrell Is Unrecognisable as the Penguin
by Kara Kia 14/10

Movies
I Have to Say, Robert Pattinson's Role as Cedric Diggory in Harry Potter Is Highly Underrated
by Chanel Vargas 03/10
Latest Celebrity
×