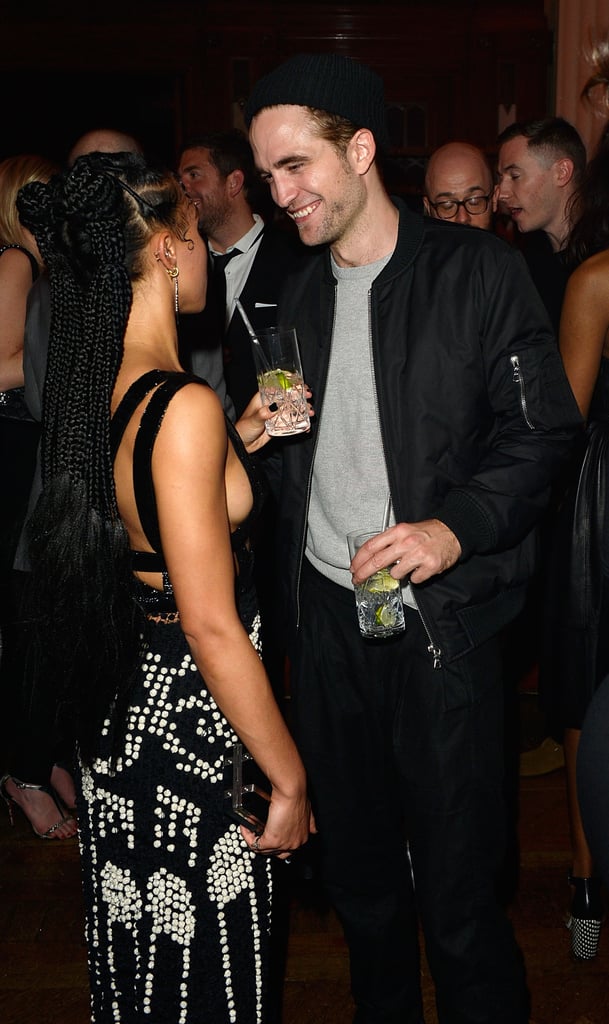 Robert Pattinson and FKA Twigs had the look of love at Warner Music Group's Brit Awards afterparty in London on Wednesday night. The couple stuck close while mingling with pals, and Robert couldn't take his eyes off of Twigs as she chatted it up with her label-mates. Though Twigs walked the Brit Awards red carpet solo earlier in the night, Robert met up with her just in time to pose for a sweet group photo before celebrating at the post-show bash; the singer didn't end up taking home any awards during the ceremony, but she seemed to be doing just fine with the support of her boyfriend. Rob and FKA Twigs have been dating since August and have given us tonnes of cute photos throughout their relationship. Even though they're both travelling quite a bit, the couple still makes time to link up for sweet PDA. We last saw Robert with his fellow Brits Sienna Miller and Tom Sturridge at the Vanity Fair Oscars afterparty. Keep reading to see photos of Rob and Twigs after the Brit Awards.

Celebrity News
Gabourey Sidibe Is Engaged: "My BFF Proposed and Now I Get to Hold Him Forever"
by Monica Sisavat 15 hours ago