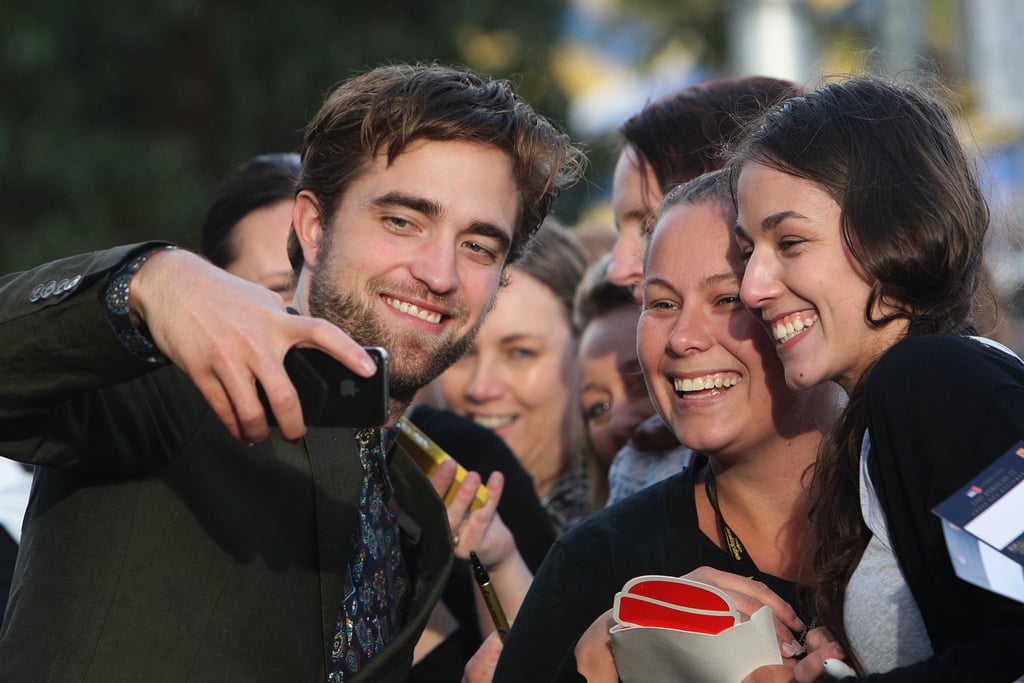 Robert Pattinson kicked off his promotional tour for Breaking Dawn Part 2 yesterday morning. Robert arrived in Australia on Sunday and didn't have much time to acclimate to the time difference before heading out for a scenic a.m. photo call. After the shoot, Robert was off for a special event with fans. He hit the red carpet for more smiling for the cameras, then signed autographs. Robert's handling promotional duties Down Under while his Twilight co-stars have similar trips ahead — Kristen Stewart's in Japan, while Taylor Lautner's off to Brazil.

Rob also did a round of interviews on behalf of the final Twilight film. Robert reflected on playing Edward Cullen and the long road he's had making the series of movies. He said his only trouble with the endeavour has been how fans of the films can't separate him and girlfriend Kristen Stewart from their roles as Edward and Bella Swan. Rob said, "That's the one thing I've been annoyed about by the whole thing — the kind of 'team' aspect of it. It's strange. I think that's what has created a very strange atmosphere around how the movies are promoted and stuff. It's making it like a sport or something. People can't really watch the films any more because they're thinking about all this other silliness."

Movies
Have You Recently Rewatched Twilight? Because Wow, I Have Some Thoughts
by Julia Duda 29/4
Latest Celebrity
×