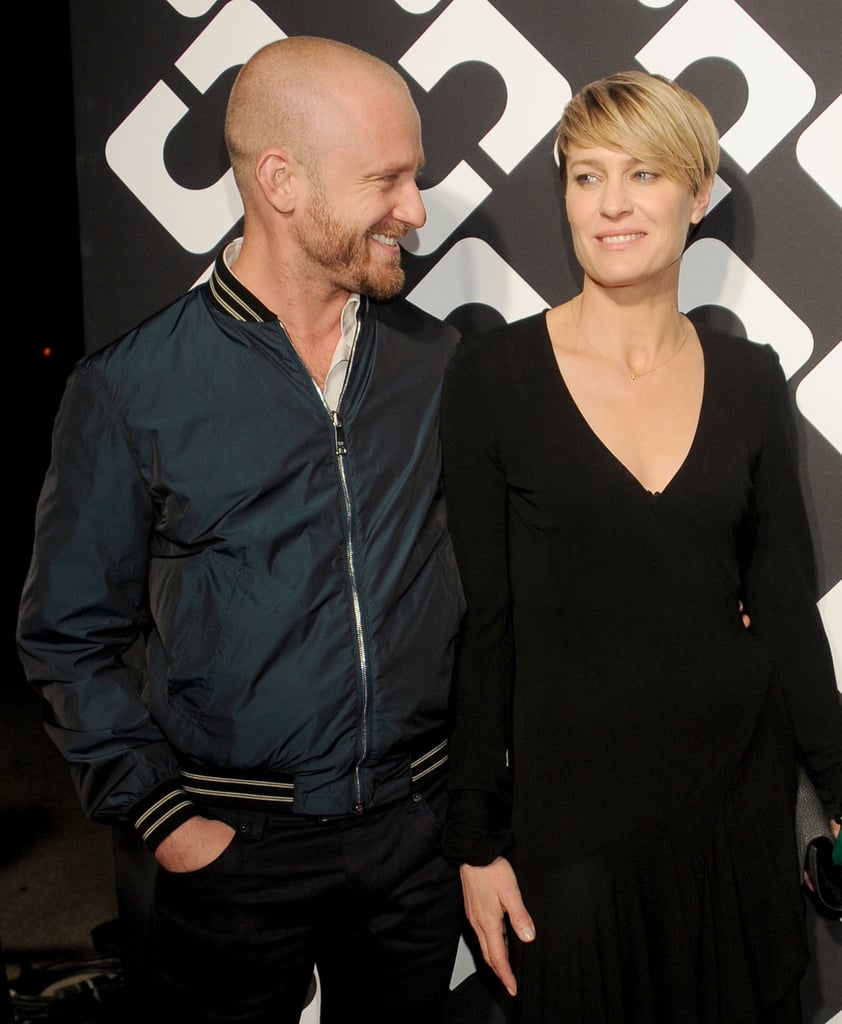 Robin Wright said, "Yes," to boyfriend Ben Foster! Robin's rep confirmed the engagement in the midst of Golden Globes weekend. The actress displayed her new engagement ring at Diane von Furstenberg's Journey of a Dress event Friday night, where Robin and Ben were all smiles with her daughter, Dylan, as they hit the red carpet.

Robin, 47, and Ben, 33, reportedly started dating in early 2012 after filming the movie Rampart together. Robin's new love came two years after her divorce from Sean Penn, with whom she shared 13 years of marriage and had two children, Dylan, 22, and Hopper, 20. Robin and Dylan attended a W magazine party for its "Best Performances" issue at the famed Chateau Marmont in LA on Thursday, where the blonde mother-daughter duo rubbed shoulders with other A-listers. Robin has been in the spotlight as House of Cards, her hit Netflix show co-starring Kevin Spacey, receives critical acclaim, including a Golden Globe nomination for best TV drama. Meanwhile, Ben is gearing up to promote his performance as Lance Armstrong in a biopic about the the cyclist.

Congratulations, Robin and Ben! Stay tuned for all the Golden Globes celebrations before tomorrow's show, where Robin's new rock will likely make another appearance.