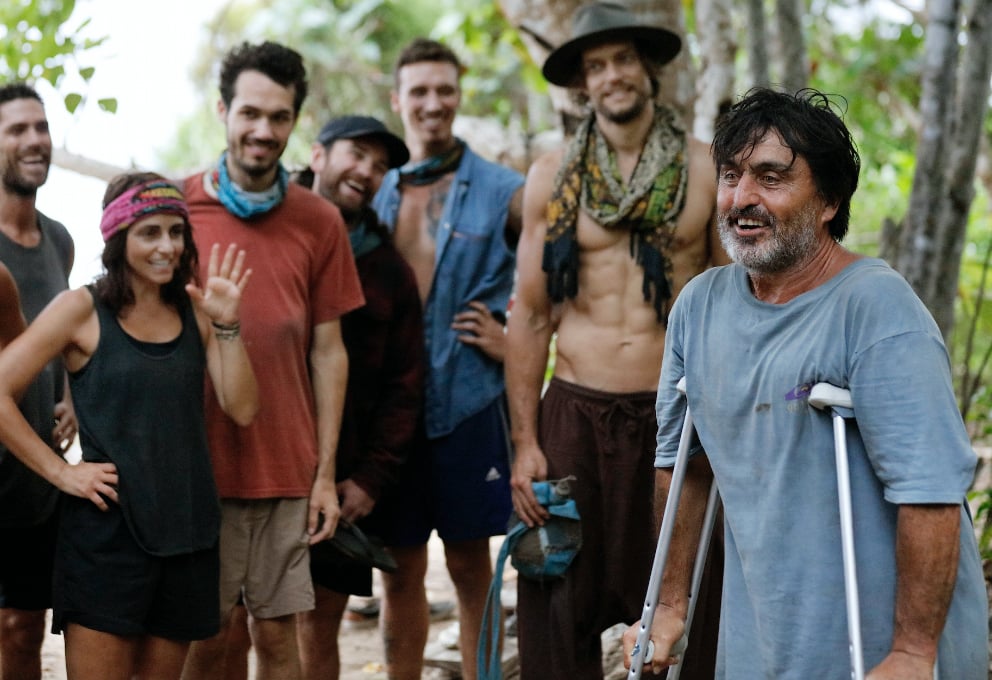 Ross Clarke-Jones was certainly on one hell of a roll in Australian Survivor. A member of the majority alliance who also managed to fly under the radar, it seemed safe to assume the big wave surfer would cruise through the merge and into the late stages of the game. But, it all game crashing down, quite literally, on last night's episode.

It all started with a seemingly straight forward immunity challenge. The task was to swing on a Tarzan style rope from one platform to another. Sounds simple, right? Well, that was until the rope in question gave way as Ross was mid-swing, and caused him to fall to the ground. As he cried out in pain, the show's medical team swarmed him, and decided it was for the best that he was removed from the challenge for medical examination.

As if that wasn't emotional enough, it was discovered that Ross had broken his ankle in the fall, and would need to be permanently removed from the game for the treatment. Thus, through no fault of his own, Ross became the first person in Australian Survivor history to be medically evacuated from the game. The devastated reactions from his tribe mates is a testament to both his social game and who he is as a person. True to form, Ross remained his larrikin self even in the most unfair of circumstances, and comforted his fellow contestants over his untimely departure.

Check out his memorable farewell below.

Related:
According to My Research, This Is the Key to Winning Australian Survivor
Previous Next Start Slideshow
Join the conversation
TVAustralian SurvivorAustralian TVReality TV
More from POPSUGAR
From Our Partners
Related Posts

TV
The Umbrella Academy: What to Know About the Real-Life Jack Ruby
by Larry Stansbury 12 hours ago

TV
No, Raised by Wolves Isn't Connected to Alien — but They Have Something Key in Common
by Amanda Prahl 13 hours ago

TV
If Lizzo Needs Inspo For Her Amazon TV Deal, I Have a Few Ideas That Are Good as Hell
by Monica Sisavat 16 hours ago

TV
Who's Single and Who's Taken on Selling Sunset? Here's Where the Stars Stand
by Corinne Sullivan 16 hours ago