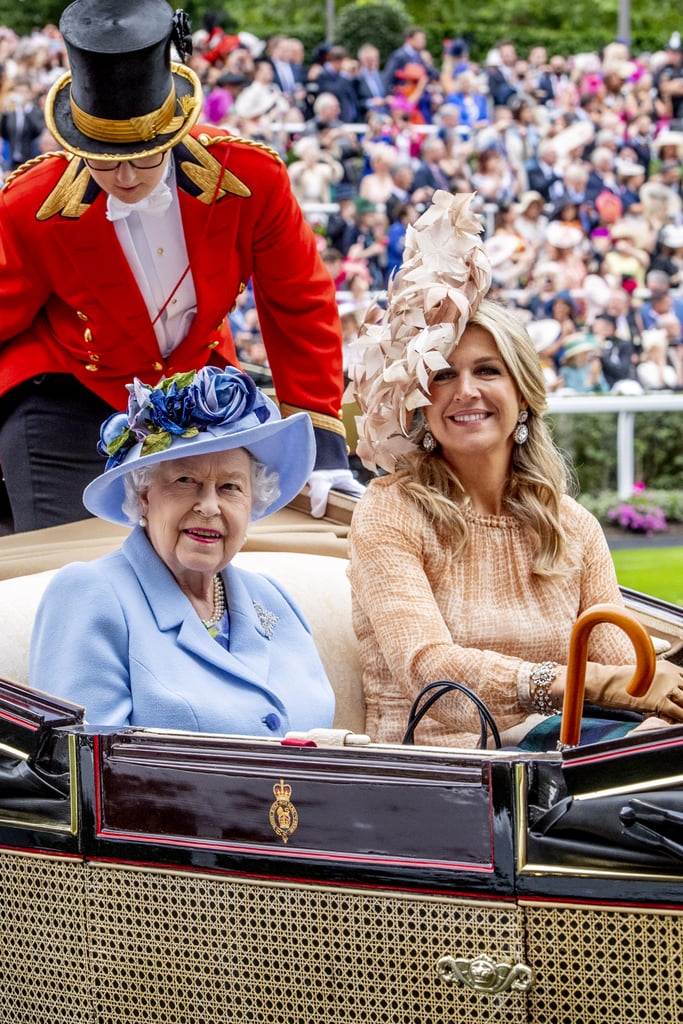 The Second Day of Royal Ascot Was a Real Family Affair

Royal Ascot is in full swing, and day two saw Queen Elizabeth II take her place in the royal carriage next to Camilla, Duchess of Cornwall. They were joined by Prince Charles and the Viscount Brookeborough (who is a lord-in-waiting to the queen) as they flashed a smile at onlookers. On Tuesday, many British royals stepped out for the opening day of the races, including Prince William and Kate Middleton, Princess Anne, Prince Andrew, Prince Edward, Princesses Beatrice, and Princess Eugenie. Queen Elizabeth also paid host to another European royal family during the races. Queen Maxima of the Netherlands joined her husband, King Willem-Alexander, for the first day of the event, and the pair were hosted in the queen's own carriage.

Over the next few days, we can expect to see many of our favorite royal faces at the event, which lasts until Saturday and features all kinds of traditions, including the carriage procession, plenty of champagne, and plenty of incredible hats. Last year, Prince Harry and Meghan Markle made their first Royal Ascot appearance, and while it's unlikely they will attend this year given the recent birth of baby Archie, Meghan has already proven she'll pause her maternity leave for important royal events. Ascot is only a stone's throw away from their home in Windsor, so perhaps we may get a surprise appearance after all?