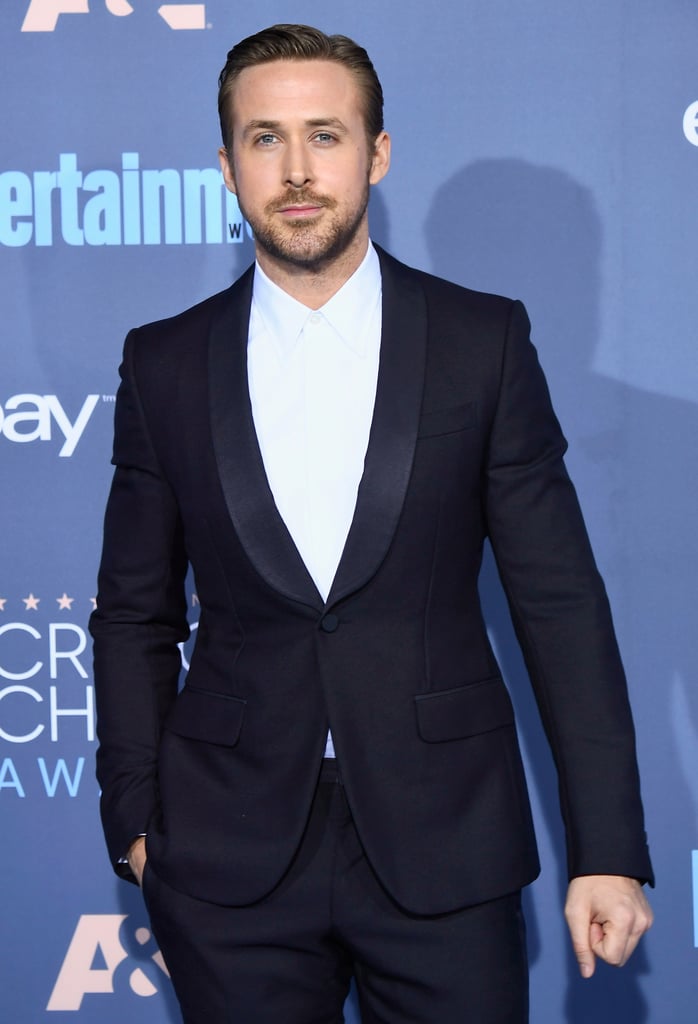 The 2017 Critics' Choice Awards went down in Santa Monica on Monday, and as always, Ryan Gosling showed up and instantly made everything better. The actor, who is nominated for best actor for his role in La La Land, showed off his signature half smile while posing for photos on the red carpet. He also gave the world a few "Hey, Girl" waves, which would be perfect to print out and tape up at your desk.

Ryan's night out comes on the heels of a busy few weeks for the star. While promoting La La Land, he taught Jimmy Kimmel how to waltz, gushed about spending Christmas with his two daughters to Ellen DeGeneres, and had a hand and footprint ceremony with co-star Emma Stone at TCL Chinese Theatre. Just keep the appearances coming, Ryan!

Red Carpet
The Cast of Mulan Looked So Regal at the World Premiere, We Have No Choice but to Bow Down
by Monica Sisavat 3 weeks ago