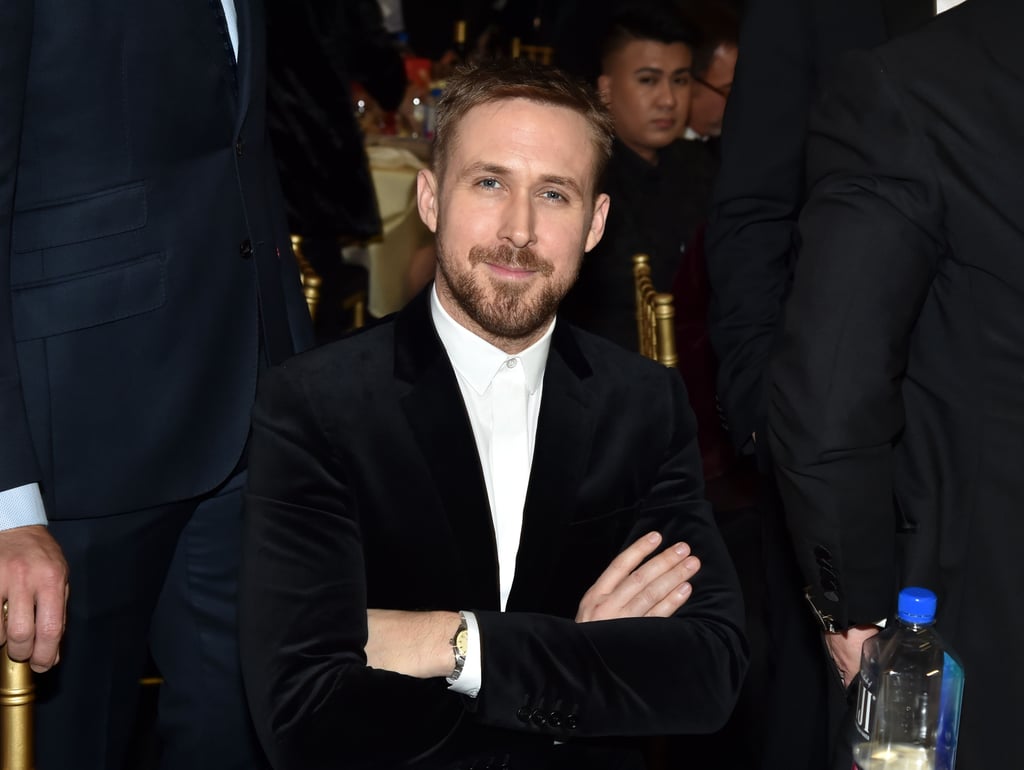 Ryan Gosling might be the king of laying low, but that doesn't mean we didn't spot him at the Critics' Choice Awards. The actor did not walk the red carpet along with most of the other nominated stars, but all it took was a camera pan or two for eagle-eyed fans to spot him and say, "Wow, can we give Ryan more screen time, please?" He was nominated for best actor for his work as Neil Armstrong in First Man, but Christian Bale took home the win for his role in Vice.

While Ryan didn't appear in many photos on Sunday night, he looked like a dream in the ones he did pose for. He also flashed an adorable smile and look of adoration as he watched his First Man costar, Claire Foy, give a moving speech for her See Her award. Never change, Ry Gos.