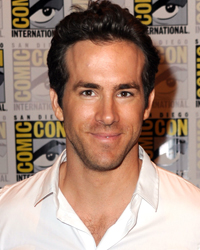 Ryan Reynolds continues to get hearts racing: the actor is reportedly the top pick to take on a role in the upcoming thriller Safe House. The script follows an agent (Reynolds) who is the sole survivor in an attack on a CIA safe house. As the last man standing, he's left with the task of bringing a dangerous prisoner (Denzel Washington) to a second shelter—as long as they can ward off men who want both their heads. There's been a long list of actors also up for Reynolds's part, including Zac Efron, James McAvoy and Shia LaBeouf. No offense to Efron, but sounds to me like they're going with the right guy.