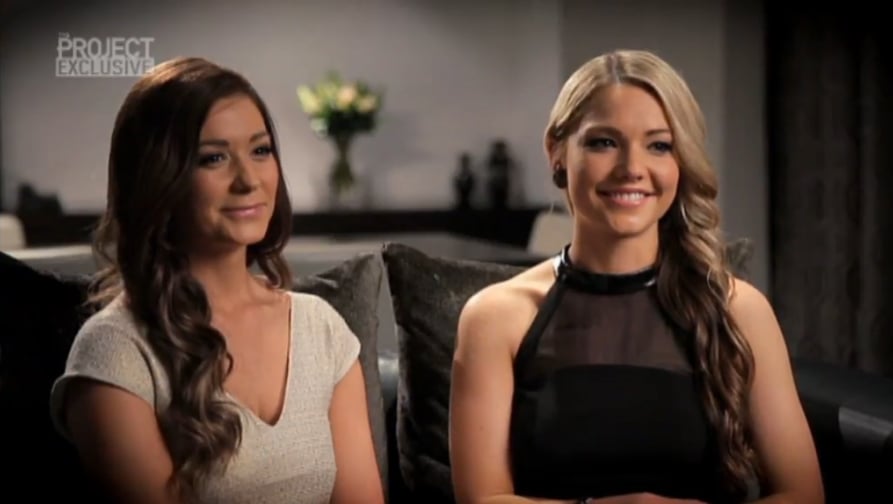 Has Tuesday night's episode of The Project finally put the drama that followed the finale of The Bachelor to bed? Continuing on from the show's Monday night TV exclusive with Blake Garvey and Louise Pillidge, The Project aired show winner Sam Frost and runner-up Lisa Hyde's reactions to Blake and Louise's interview last night, along with some final "bombshells." It was a short and sweet package, its contents pretty much played out in the promo teasers, but here's a recap of what Sam and Lisa said while watching Blake and Louise open up about their relationship.

Sam's reaction to Blake saying she asked him to not mention his feelings for Louise:

Sam: "That's the biggest load of sh*t I've ever heard in my life."

Lisa: "It's just a web of lies." Sam: "I never, ever, ever said that. I would have certainly preferred him to say that, because I don't think it would look bad on me at all."

On whether Sam knew Blake had feelings for someone else:

Sam: "I had suspicions that he was interested in someone else, because he said to me that the top four he had invested a lot of emotion and feelings into that. And when I raised my suspicions with him, he just flat-out denied it."

On Blake calling up Lisa after the finale:

Lisa: "Well he actually called me after the finale, and he said that he was quite upset with everything that's gone on. And I was giving him a bit of support, but still letting Sam know that he was in contact with me. And then he asked me if I still had feelings for him, and if I could see a future with him. I told him to get lost. I said, 'How dare you say that to me? And how dare you ruin the friendship between Sam and I? If you wanted to choose me, you choose me as your number one, not your number two. I would never be second to anyone."

Lisa: "I messaged Louise and told her he contacted me, and she won't reply. I think she's a little bit too naïve to believe it." Sam: "I hope for Louise's sake that that's what happens [that they are genuinely in love]. I hope that he is very genuine, and I hope that he's in love with Louise. I hope it's true."

Lisa: "I think we've taken the positive from all this, and moved on. Sammy and I have become so close. I couldn't be more happier. I feel like I went on this journey to find Sam."

So there you have it, both sides to the story. As Carrie Bickmore said once the package had finished airing, "I have no idea who's telling the truth." Do you?

TV
The Undoing: Elite Reardon School May Not Be Real, but It's the Typical NYC Private School
by Hedy Phillips 20 hours ago

TV
Someone Turned David Rose's Sweaters Into Mini Christmas Ornaments, and I Need 'Em All
by Chanel Vargas 20 hours ago