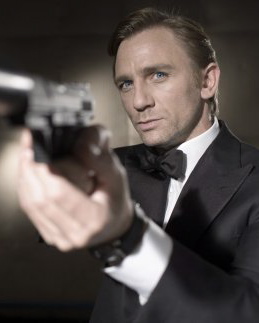 Ride the Bond 23 roller coaster right here, folks. After reports that the latest installment in the James Bond franchise had been stalled due to MGM's financial concerns, it appears that the opposite is happening: Bond 23 (its current moniker until the real title is adopted) is being fast-tracked to begin production this Winter. What's even more exciting is that Sam Mendes is in negotiations to direct.

I'm a big Mendes fan and am curious to see how he'd tackle a big-budget action flick, especially one as high profile as a James Bond movie. As for details on the movie itself, there's not too much (no Bond girl cast yet), but one interesting tidbit — 23 is partly set in New York. What are your thoughts on Mendes directing — or Bond 23 in general?