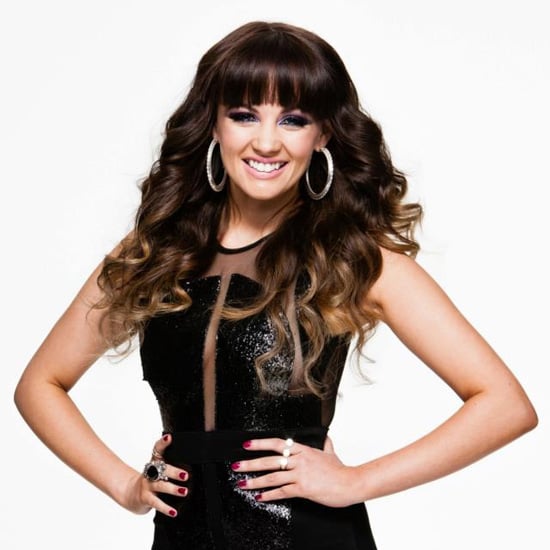 Samantha Jade has been announced as the winner of The X Factor 2012! The 25-year-old singer from Perth, who was mentored by Guy Sebastian, beat fellow top three finalists Jason Owen and The Collective to claim this year's title, and as a result she has won a recording contract with Sony Music Australia and a Nissan Dualis. She performed her debut single, "What You've Done to Me," and it's already available to buy on iTunes, while her debut album, Samantha Jade, will be released through Sony Music on Dec. 7 and will include the songs she's performed on the show.

The night kicked off with the top three acts performing David Guetta's "I Can Only Imagine," and shortly after they returned to the stage with the top 12 finalists (minus disqualified contestants Adil Memon and Josh Brookes) to sing "Good Time" with international guests Owl City. Host Luke Jacobz led the flashback through the series and also revealed the audience's favourite moment of the show: judge Mel B's "Gangnam Style" with Psy.

Samantha, Jason and The Collective also performed "End of the Road" with the one and only Boyz II Men before Luke revealed that The Collective, who had been put together on the show by the judges and were mentored by Ronan Keating, had just missed out on a spot in the top two. Natalie Bassingthwaighte reminded the boys that One Direction hadn't won their series of The X Factor in the UK — in fact they also came third — just before the world-famous band sang on the grand final.

One Direction's highly publicised performance was via satellite, and they switched gears from their usual energetic style to sing their latest single, "Little Things," which was penned by Ed Sheeran and recorded exclusively for tonight's show.

Before the winner announcement, Samantha and Jason hit the stage one last time, singing Usher's "Scream" and Bruce Springsteen's "Dancing in the Dark" respectively. After sweet video messages from their families and a rewind through their journeys on the show, Luke announced Samantha as the winner. However 18-year-old Jason hasn't gone home empty-handed and has received a Nissan Micra.

Gift Guide
Schitt's Creek Mugs Featuring the Rose Family? We Love That Coffee Journey For You
by Sydni Ellis 17 hours ago

TV
WandaVision: What to Know About Agatha Harkness's Role in the Series
by Amanda Prahl 17 hours ago

TV
Happy Holidays to Us: Marvel's WandaVision Will Likely Premiere on Disney+ in December
by Mekishana Pierre 17 hours ago

TV
Gabrielle Union Is Hosting an All-Black Friends Reading, and the Cast List Is Stacked
by Kelsie Gibson 17 hours ago

Award Season
Don't Miss Out! Here Are 50 of the Very Best Pictures From This Year's Emmys
by Haley Lyndes 18 hours ago