Sandra Bullock is keeping that promise not to disappear from the movie industry. We heard news just a few weeks ago that she would be signing on for Tom Perrotta's The Abstinence Teacher, and now comes word that Bullock is eyeing yet another adaptation: Jonathan Safran Foer's Extremely Loud & Incredibly Close. Tom Hanks is also circling the project, which makes the news even sweeter. 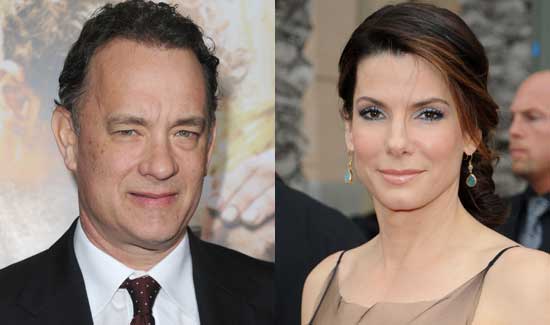 The story takes place in 2003, as a 9-year-old boy finds a key left behind by his father, who was killed in the attacks on the World Trade Centre. With his small treasure in tow, he sets out to find its corresponding lock and meets several characters on his search. There is no word yet on which roles Bullock or Hanks might play—or even if they're officially on board—but two Oscar winners in a post-9/11 film sounds like all of the makings of a tearful drama. Better add it to my reading list.