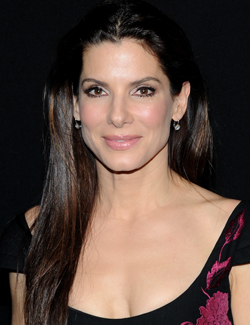 Natalie Portman is out; Sandra Bullock may be in. After news that Portman has passed on Gravity—the sci-fi flick about a female astronaut struggling to survive in space—Bullock is now reportedly in talks with Warner Bros. for the role. Bullock is just one actress in a long line of names who've been mentioned for the sought-after part. To recap: Angelina Jolie was originally attached but dropped out, then Scarlett Johansson and Blake Lively were rumoured, then Portman soon followed. Robert Downey Jr is still locked in as the film's leading man, but hopefully Bullock will pull through and end this never-ending game of switcheroo. At this point, I'm tired of keeping track.