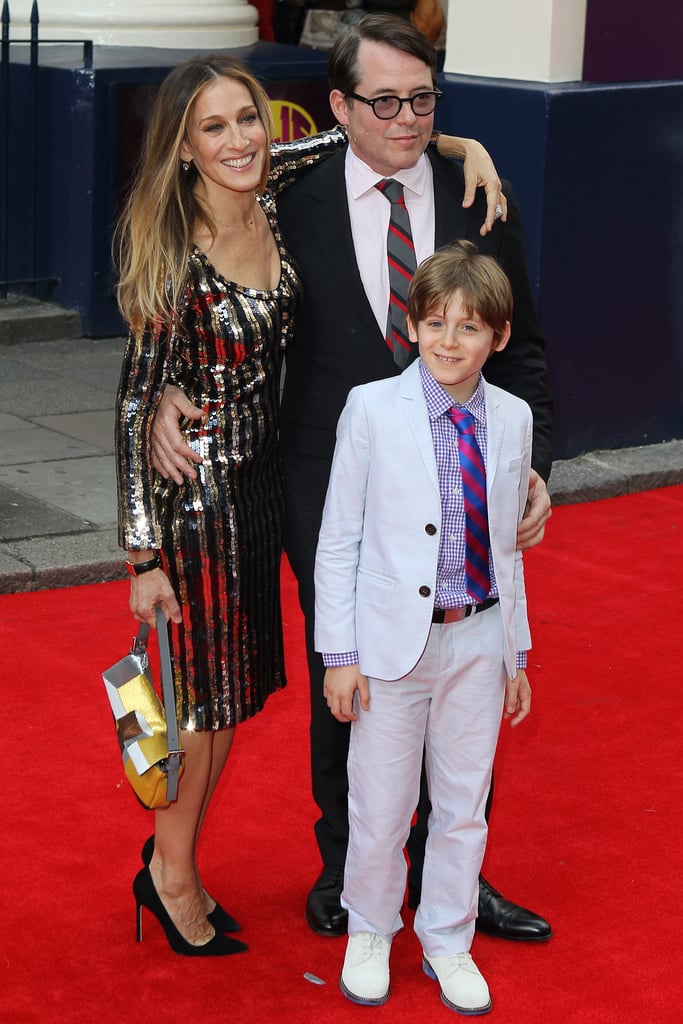 Sarah Jessica Parker, Matthew Broderick and their son, James Wilkie, made an adorable trio at the premiere of Charlie and the Chocolate Factory at London's Theater Royal on Tuesday night. They were also joined by Uma Thurman, Matthew Morrison, and director Sam Mendes, who staged the musical as a re-interpretation of the beloved children's book. Sarah Jessica wore a sequinned Marc Jacobs dress for the occasion and had her arm around her husband as they made their way down the red carpet. How cute was James in his little suit?

Aside from her red carpet arrival in the UK, Sarah Jessica has been sticking close to her NYC base since attending Met Gala in May. She announced that she'll be designing an exclusive collection of shoes and bags with Manolo Blahnik and was recently chosen as chairwoman for the New York City Ballet's annual Fall gala in September. She also had twice the celebration last weekend when her twin daughters, Tabitha and Loretta, turned 4.