Seal has come to the defence of his fellow The Voice coach Joel Madden — or “Brother,” as they call each other — on Twitter following news reports on Joel being asked to leave The Star’s Darling Hotel after a small amount of cannabis was found in his room. Seal went on a Twitter tirade, accusing Australian media (and The Star) of trying to “destroy my Brother” with their coverage of the drug bust. He went on to say “it’s just a matter of time before you gun us all down,” bringing coaches Delta Goodrem (“a national treasure!”) and Ricky Martin into the mix. After tweeting, “It’s a shame. I for one will not stand by and watch you attempt to destroy my Brother, you gun one you gun us all! Shame one the Star,” he concluded with: “I’m done here. Can’t wait to go home.” (The tweets have since been deleted.) 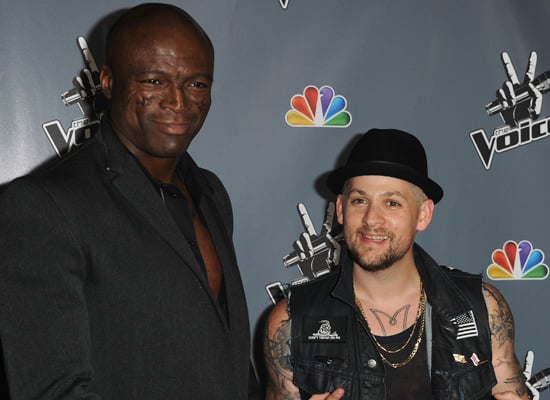 In his tweets, Seal also brought up the philanthropic deeds Joel has accomplished while here —“[visiting] homeless shelters, provide time and love for disabled kids, represent at the Logies and not to mention bring hope to aspiring artists” — but journalists were quick to remind him that the international coaches had been paid good money to be here. Do you agree with Seal’s sentiments?