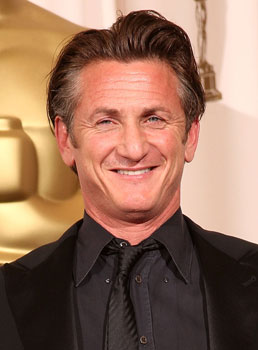 Sean Penn's impersonation of Harvey Milk won him an Oscar, and now the actor is circling another role mirroring an iconic figure. Penn is in talks to star in Genius, based on the life of literary editor Max Perkins. Perkins, who died in 1947, was a reporter for the New York Times and went on to publish works of literary greats like F. Scott Fitzgerald, Ernest Hemingway, and Thomas Wolfe for Scribner publishing house. Once you have Sean Penn as the leading man, you know that great actors are sure to follow, and I can't wait to see who will be cast as the famous authors in their years as up-and-comers.