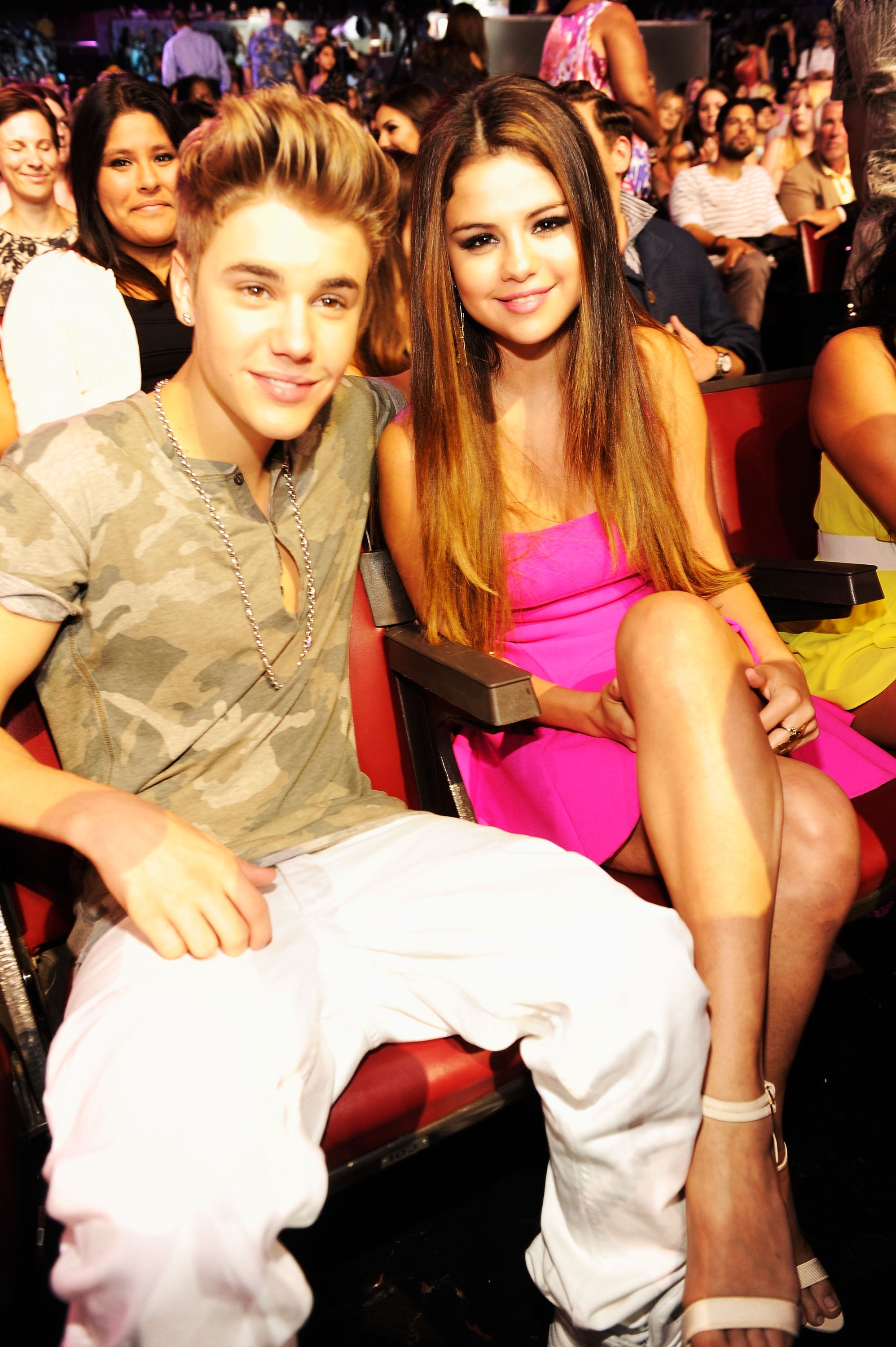 It's the 2017 American Music Awards today and Selena Gomez is slated to perform her hit new song, "Wolves." Obviously we're looking forward to the performance — but we're also very keen to see if she shows up on the red carpet with her on-again boyfriend Justin Bieber as her date. The cute pair, nicknamed Jelena by their very dedicated fans, have made their renewed love public in recent weeks, even kissing without a care in the world at Justin's hockey game last week.

The last time they were spotted together in an official capacity was at the 2012 Teen Choice Awards — will you look at those fresh faces up there ^ ^ ^ — so here's hoping they've decided five years is enough time between drinks for us all. Stay tuned!

Music
The Theories Were Right: Taylor Swift Is Dropping a Folklore Concert Film
by Kelsie Gibson 5 hours ago

Award Season
The Weeknd Wasn't Nominated For a Single Grammy, and I Need Answers
by Monica Sisavat 5 hours ago