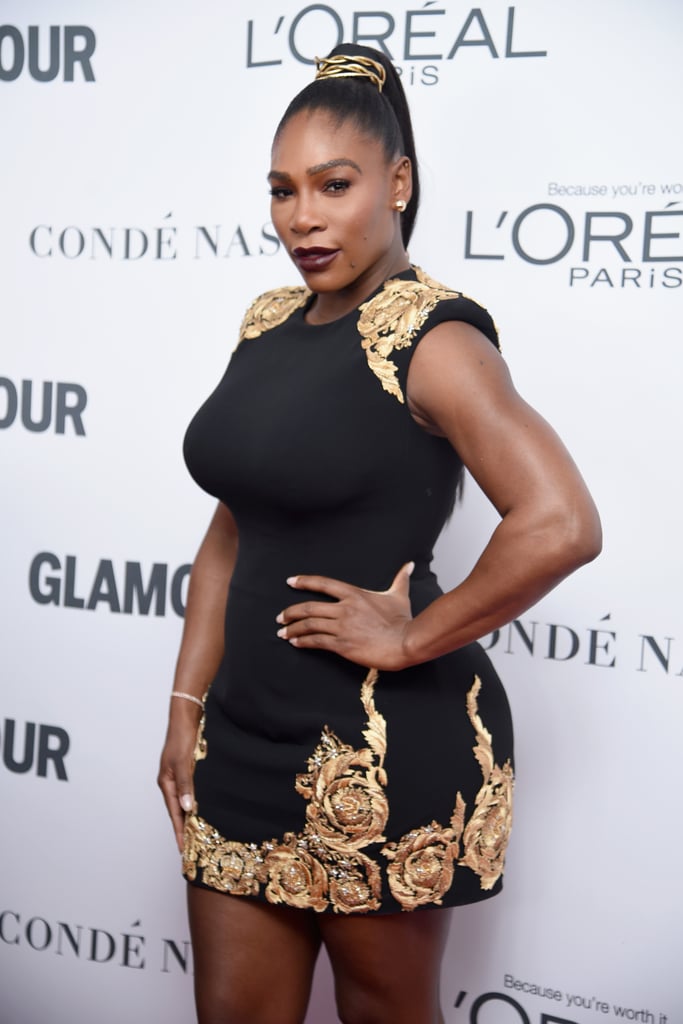 Serena Williams welcomed a beautiful baby girl, Alexis Olympia Ohanian Jr., in September, but on Monday, the tennis champ took a break from her mommy duties to support pal Gigi Hadid at Glamour's Women of the Year Awards in NYC. Not only did Serena look incredible in a black and gold Versace number as she mingled with Nick Jonas and Lynda Carter, but the event also marked Serena's first red carpet appearance since becoming a mom and since she attended the Met Gala in May.

"Gigi, you are one of the few people on this planet I would leave my baby for for one night," Serena said as she presented Gigi with the supernova award. "It shows how much you mean to me and I want you to imagine the effect you have on the world." Serena then went on to praise Gigi for being a trailblazer, adding, "She understands that in order to be the best, you have to think like you are the best, work the hardest, and make sacrifices . . . Gigi pushes boundaries. In fact, she makes new boundaries. And she's authentically herself." Unfortunately, Serena's fiancé, Alexis Ohanian, wasn't in attendance — perhaps he stayed back with baby Alexis? 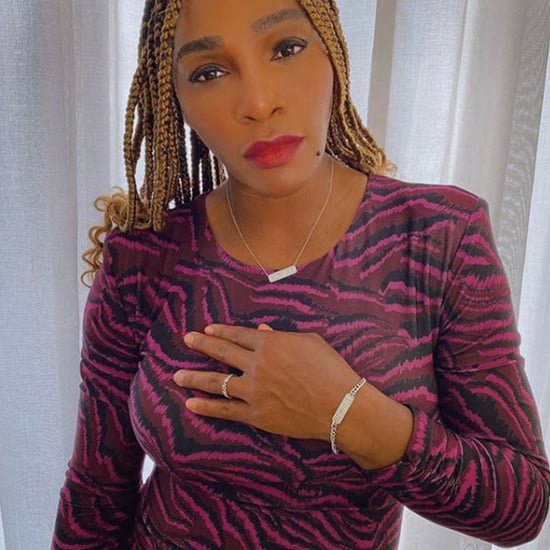 Healthy Living
Serena Williams Has Been Criticized For How Her Body Looks, but She's "Really Thankful" For All It's Done
by Tamara Pridgett 3 weeks ago