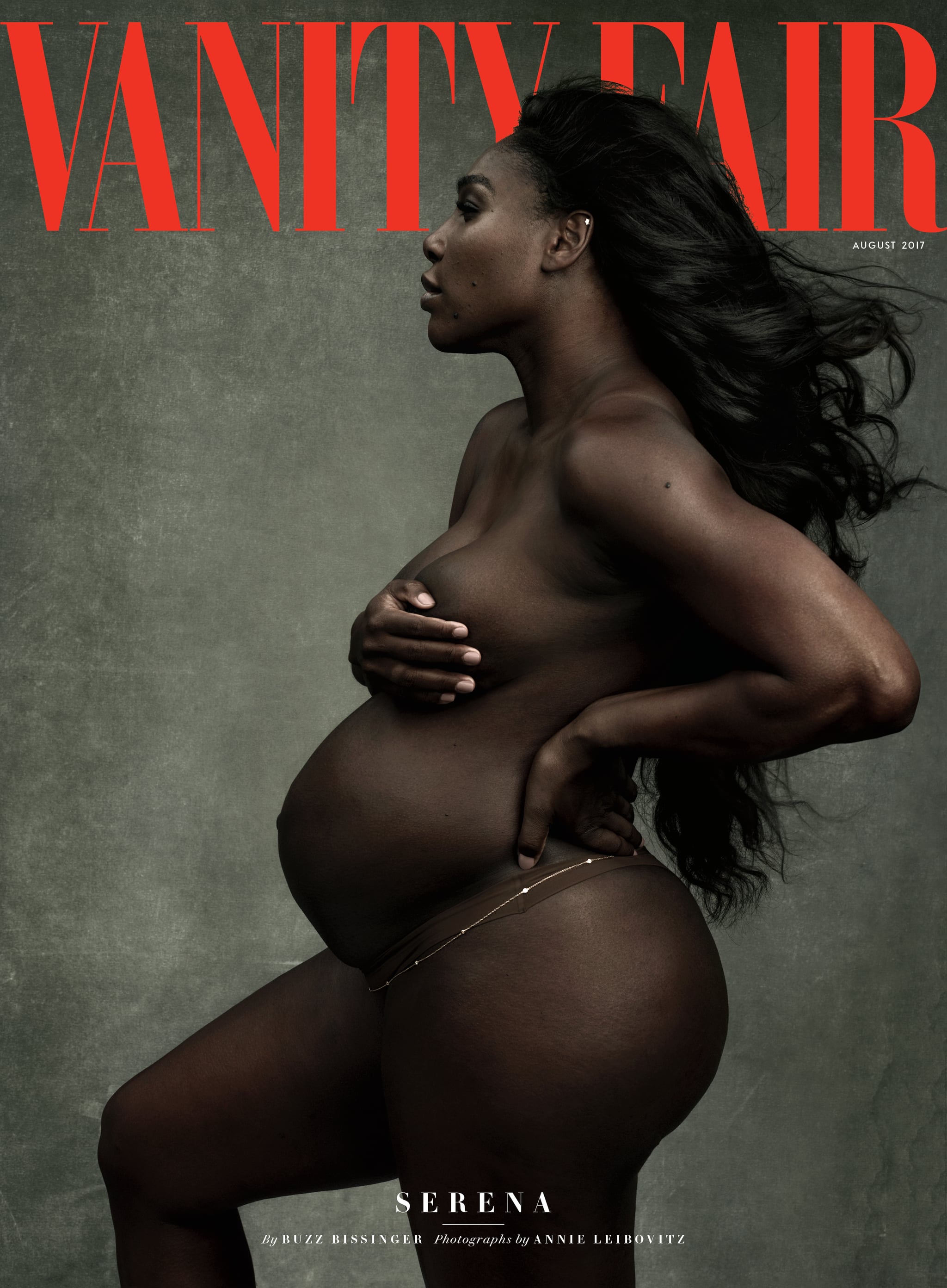 Serena Williams is currently expecting her first child with fiancé Alexis Ohanian, but she's already planning her return to the tennis court. In addition to looking absolutely stunning while posing nearly naked on the cover of Vanity Fair's August issue, the famous tennis player opened up to the magazine about everything from impending motherhood to her career. "I don't think my story is over yet," she told the publication, adding that she's already preparing for her return in January 2018, exactly one year after learning she was pregnant. After feeling ill a week before the Australian Open earlier this year, Serena says that a friend convinced her to take a pregnancy test. Much to her surprise, the result was positive, as were the five tests she took after that.

Even though it was a big shock at first — she planned on winning Wimbledon for the third year in a row — she does have a great support system. Serena reveals that Alexis, who is the co-founder of Reddit, immediately got on a flight when she told him to come to Melbourne without reason. While she'll be the first person to admit she has no clue how to raise a baby, it sounds like she has a great partner to do it with. "I felt like a door had been opened to a person who made me want to be my best self," Alexis said about proposing to Serena. "I find myself just wanting to be better by simply being around her because of the standard she holds."

Despite everything she has going on, Serena still makes sure to clap back at trolls on social media. After slamming a tennis player for racist comments about her unborn baby in April, she fired back at retired tennis legend John McEnroe in June after he said that if she played on the men's circuit, she'd be "like No. 700" in the world. "Dear John, I adore and respect you but please please keep me out of your statements that are not factually based," she said on Twitter. "I've never played anyone ranked 'there' nor do I have time. Respect me and my privacy as I'm trying to have a baby. Good day sir."

Celebrity Interviews
TWICE's New Album Includes a Message About Acceptance: "Love Yourself Just the Way You Are"
by Grayson Gilcrease 18 hours ago

Celebrity Friendships
Dwayne Johnson and Tyrese's Fast & Furious Feud Is Finally Over: "[We] Peaced Up"
by Monica Sisavat 19 hours ago