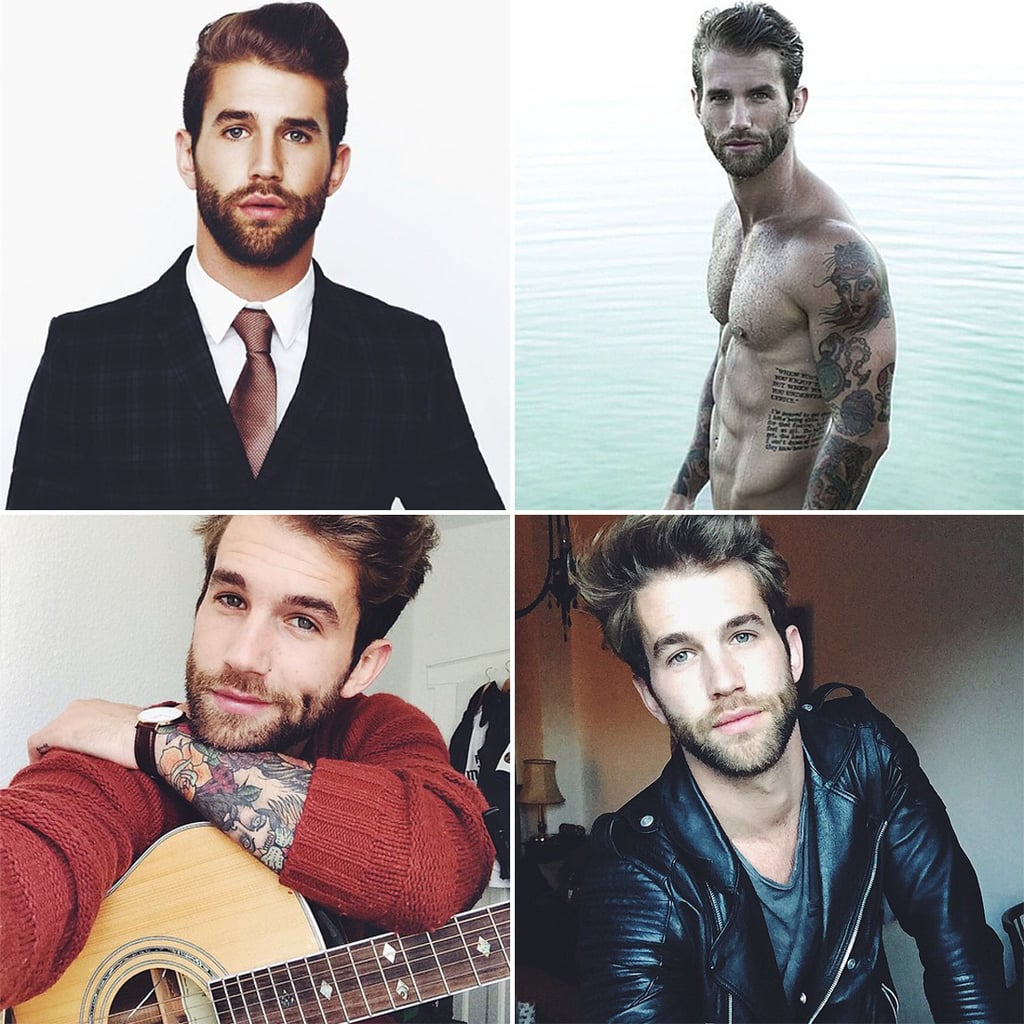 Here's the thing: German model André Hamann is so beautiful, it's legitimately difficult to scroll through his Instagram feed without blushing. The Internet's been buzzing over his good looks for a while now, as he started regularly posting on Instagram last December. Lately, though, his shirtless snaps have gotten out of control — in the best, most gorgeous way, making him one of the sexiest guys on Instagram. Meanwhile, as if having an accent and being outrageously sexy isn't enough, André also plays both the guitar and the piano, occasionally posting videos of his mini performances. This past July, there was one particular video that got a lot of attention because André posted a birthday song for Selena Gomez, prompting fans everywhere to hope they'd link up. Selena reportedly responded, saying, "Thank you, made my night," but it doesn't look like the pair actually connected. In any case, take a look back at André's hottest Instagram snaps of the year, plus a handful of super sexy videos that will definitely make you swoon.

Workouts
Cardio, Tabata, and HIIT: 3 Live Instagram and YouTube Workouts to Crush This Week
by Maggie Ryan 3 days ago

Home Workouts
Ready to Sweat? These 5 Instagram and YouTube Live Workouts Are Seriously Good
by Maggie Ryan 1 week ago

Workouts
Sweat It Out With These Free, Intense Instagram and YouTube Live Workouts
by Maggie Ryan 2 weeks ago