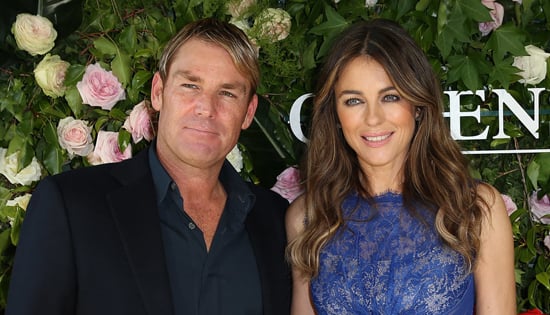 The past should be the past & stay there. It destroys the future. Live life for what tomorrow has to offer, not for what happened yesterday

Hello! magazine in the UK is also reporting that Shane and Elizabeth have split. They got engaged in October 2011 but have had a rocky relationship since, and even though they were last spotted in November looking loved-up, Elizabeth’s engagement ring was missing. Time apart has been cited as one of the reasons for their break-up, with Elizabeth and her son Damian being based in the UK and Shane and his kids living in Australia.