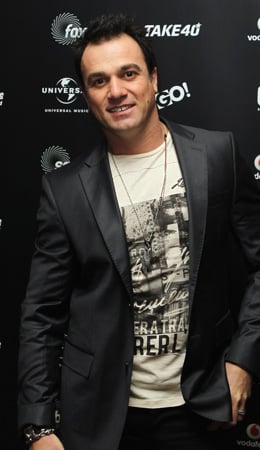 Shannon Noll was forced to pull out of Dancing With the Stars after undergoing emergency spinal surgery. Shannon reportedly injured himself while rehearsing a lift with his professional dance partner Elena Samodanova. He said, “Thanks to everyone who has supported me and my charity, Beyond Blue. I’ve really appreciated it and I’m really sorry that I couldn’t keep going in the competition. It’s sad that this happened the way it did.” He cheekily added, “I’d like the judges to come in and give a score on the doctor’s efforts, to make sure they do a good job.” As a result of Shannon’s withdrawal, no one was eliminated last night, and votes will roll over to next week’s show.

It’s the first time in twelve seasons that a contestant has had to leave due to injury, but not the first time someone has left voluntarily — in 2010, former AFL player David Wirrpanda surprised cast and crew when he quit live on air, just before the elimination was announced.

Image Source: Getty
Join the conversation
TVAustralian TVShannon NollDancing With The Stars
More from POPSUGAR
From Our Partners
Related Posts

Locky Gilbert
Izzy's Mum Just Asked Locky for His Sperm on The Bachelor & No, You Have Not Misread
by Hannah Story 34 minutes ago

TV
WandaVision: Yes, Teyonah Parris Is Playing Monica Rambeau, and Here's What It Means
by Mekishana Pierre 10 hours ago

Music
Kelly Clarkson Covered Lizzo's "Good as Hell," and Yep, It's Exactly What the Title Suggests
by Kelsie Gibson 12 hours ago