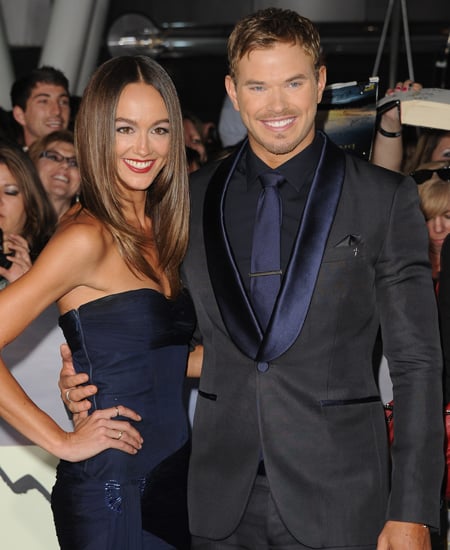 Australian actress Sharni Vinson has split from her boyfriend Kellan Lutz. US Weekly revealed that the pair parted ways in early May after just under two years together. The couple, who met while both auditioning for Step Up 3D (Sharni landed the role, Kellan did not), were first spotted together in September of 2011, and were looking happy on the red carpet as recently as February. Kellan recently opened up about the relationship, saying, "It's just great to have someone you can smile with all the time. It's really special". No word yet on what caused the breakup, but sad news for Sharni and Kellan!

Celebrity News
Michael Jordan "Gives Thanks" by Donating $2.7 Million to Food Banks Ahead of Thanksgiving
by Chanel Vargas 2 days ago