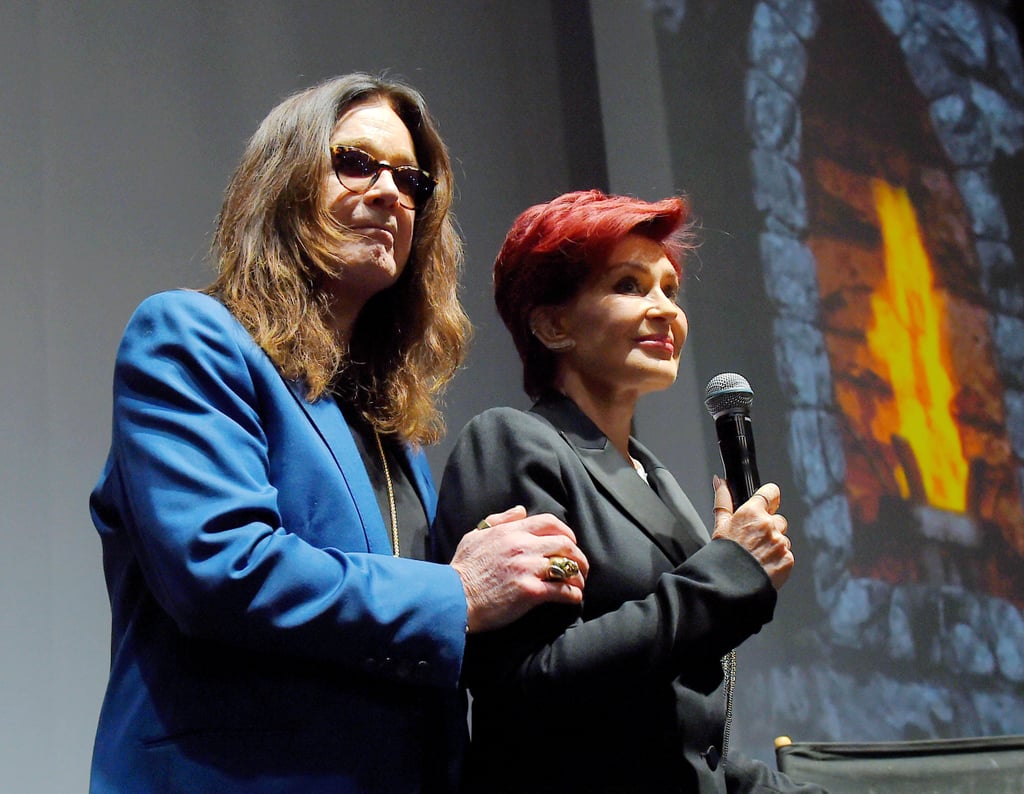 Despite announcing their split after 34 years of marriage in early May, Sharon and Ozzy Osbourne made the best of their situation when they teamed up for a special announcement at the Hollywood Palladium on Thursday. Joined by musicians Zakk Wylde, Geezer Butler, and Corey Taylor, the Osbournes revealed the Ozzfest and Knotfest music festivals would be joining forces this year in San Bernardino. The former couple looked more than comfortable on stage together, with Ozzy holding Sharon close and the two sharing a few kisses on the cheek.

Sharon opened up about her divorce on The Talk on Tuesday, confirming that they were no longer living together. "He's back, and I'm out of the house," she told her co-hosts. "It's right for me because I honestly, at this point today, have no idea what I'm doing with the rest of my life. I'm 63 years of age, and I can't keep living like this." Ozzy and Sharon's daughter Kelly also attended the event at the Palladium after subtly voicing her support for her mother on Instagram with a reference to Beyoncé's new album, Lemonade. To break your heart even more, check out which other celebrity couples have called it quits this year.