David Beckham dressed casually to accept his gong at the Teen Choice Awards yesterday, but he was smart in a suit on Saturday. He watched as LA Galaxy played his former team Real Madrid in an exhibition match in California, and said hi to Cristiano Ronaldo before the Spanish team brought home a 3-2 victory. New father Cristiano showed off his sexy six-pack with a shirtless lap around the pitch. Becks has more good news, as coach Bruce Arena has said David can carry on playing until he's 45. 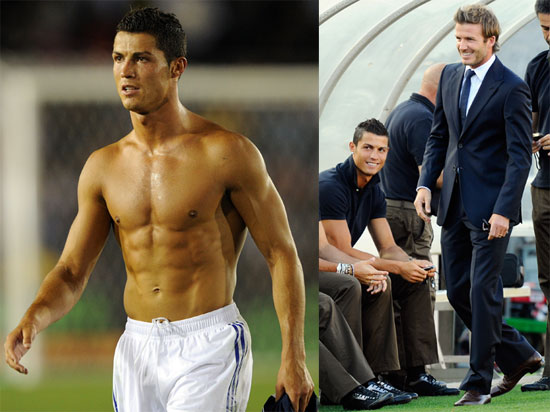 P.S. I Still Love You
Lana Condor Admits That She Stalked David Beckham in a Whole Foods Supermarket
by Kara Kia 12/2/20
Latest Celebrity
×