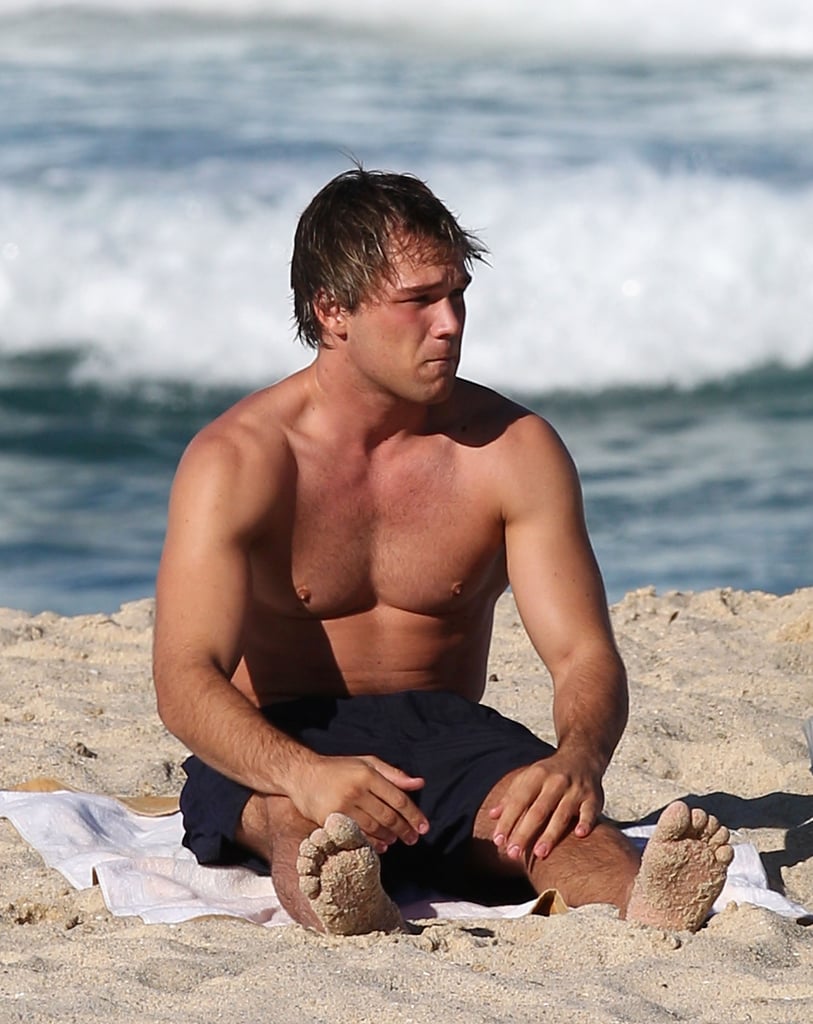 The temperatures were just starting to creep up last week, but that was enough incentive for Lincoln Lewis to get his gear off. The former Home and Away star was spotted with a friend were enjoying the nice weather at Bronte Beach in Sydney. Lincoln has been a busy boy lately, he’s the star of the new teen action flick Tomorrow When the War Began and just wrapped another Aussie drama called Mei Mei with Guy Pearce. Check out all the sexy shots!