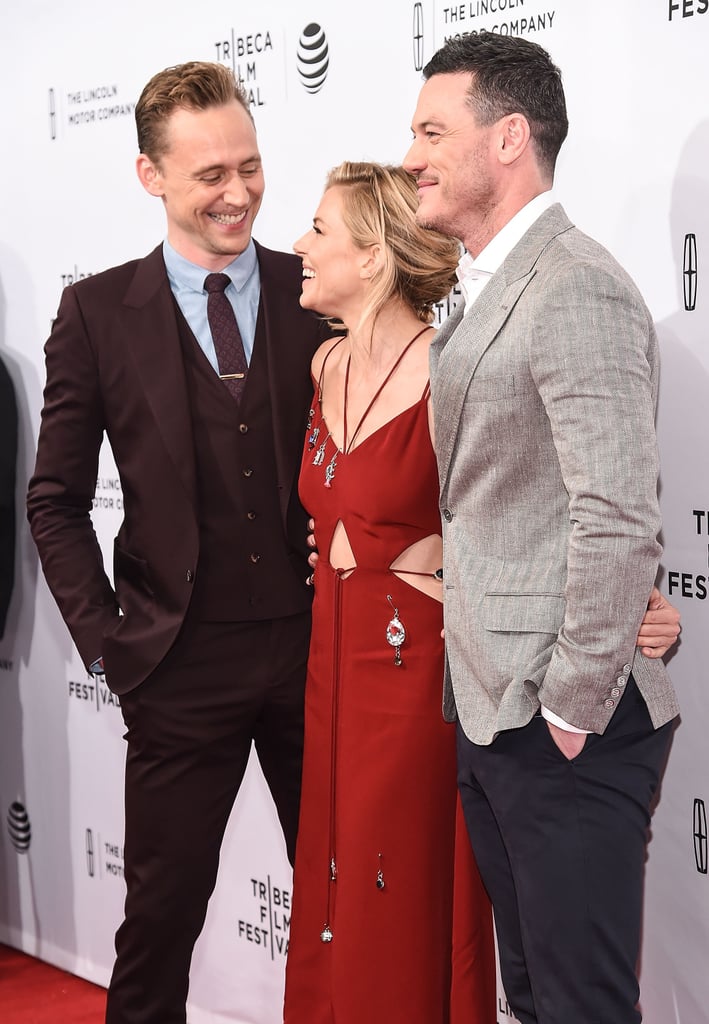 Sienna Miller Is Surrounded by Handsome Men on the Red Carpet, but What Else Is New?

In what one might expect to be a normal Wednesday evening for Sienna Miller, the actress hit the red carpet with a crop of handsome men for the premiere of her new movie, High-Rise, at the Tribeca Film Festival in NYC. Sienna posed for photos with co-stars Tom Hiddleston and Luke Evans and was the picture of party-girl cool in a red cut-out Christopher Kane dress. Another good-looking guy on Sienna's arm for the screening was her nephew, Cristian Miller, who seemed right at home in the spotlight.

The trailer for High-Rise made quite a splash when it was released earlier this year, thanks to a scene in which Tom Hiddleston goes nude. Sienna plays the role of Charlotte Melville, an aide to esteemed architect Anthony Royal (played by Jeremy Irons).