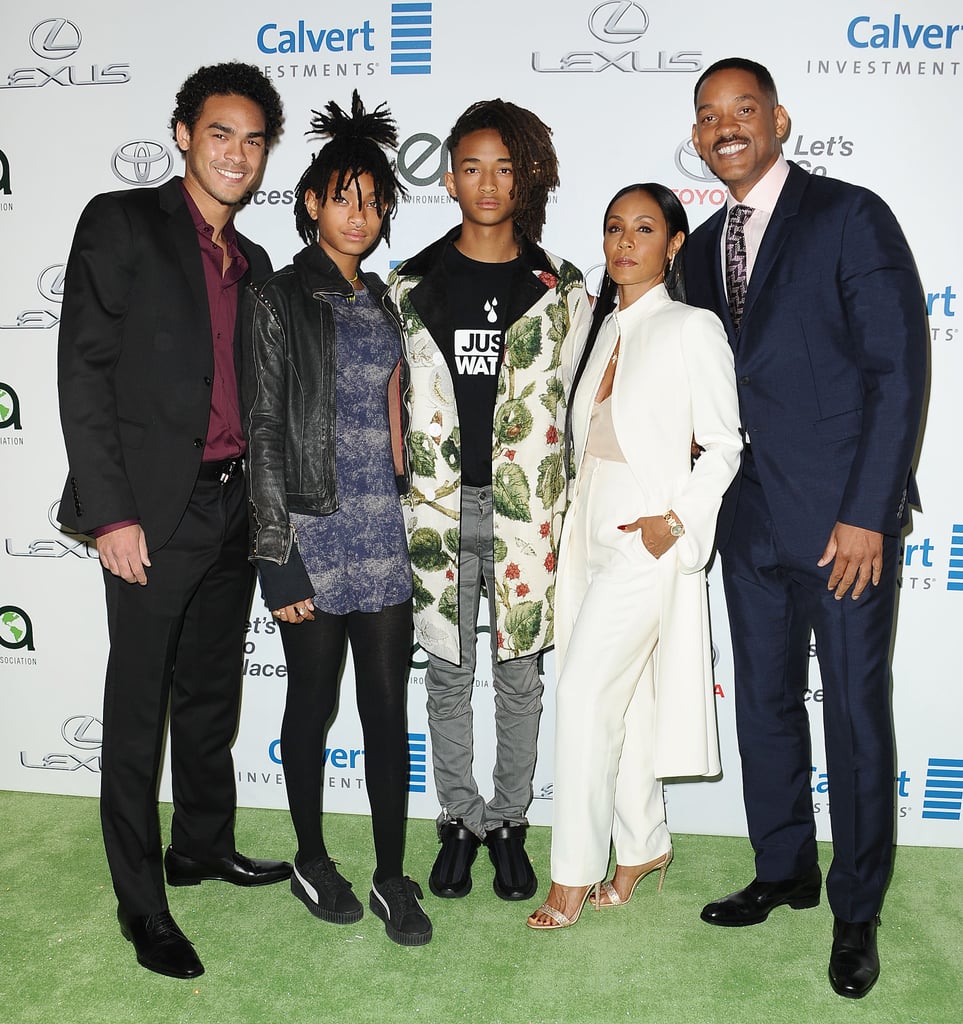 Will Smith stepped out with his wife, Jada, their kids, Jaden and Willow, and his son, Trey, for the Environmental Media Awards in LA on Saturday night. The fierce brood struck a handful of poses together on the red carpet before taking their seats inside. It was a big night for Jaden, who received the male EMA futures award at the event, which honours stars who've influenced the environmental awareness of millions of people.

Jaden and Willow recently graced the cover and pages of Interview magazine, and in the accompanying interview, Jaden opened up about looking up to his famous parents, saying, "My parents are definitely my biggest role models. And that's where me and Willow both pull all of our inspiration from to change the world." He also touched on fame, adding, "How people look at us in public is not how we actually are in private. It's just that we choose not to tell everyone everything."