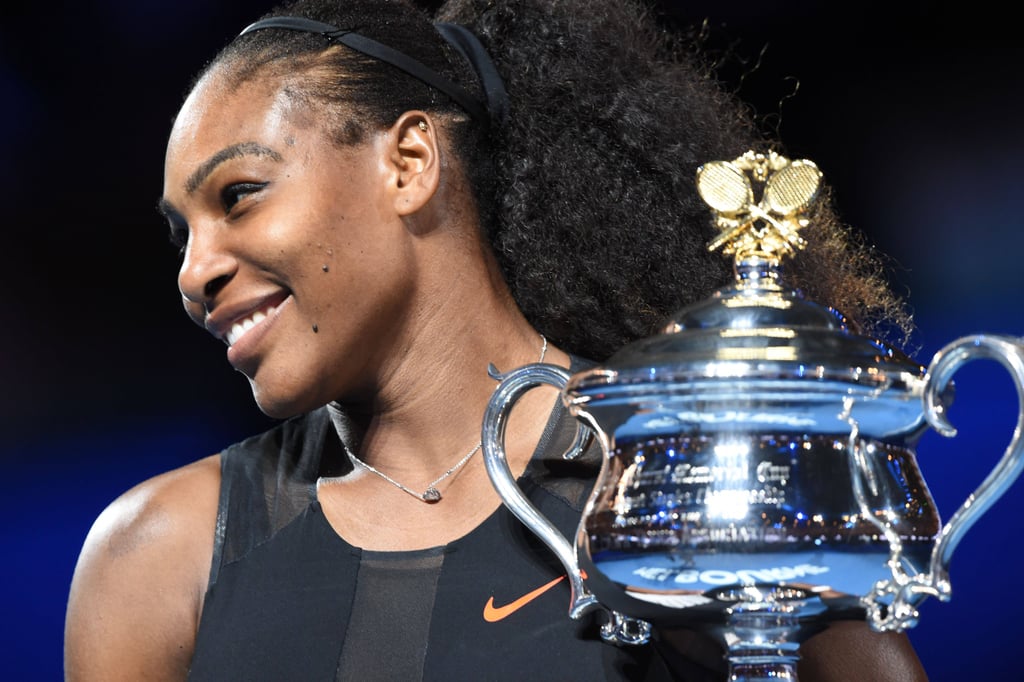 20 Reactions to Serena Williams's Pregnancy That Deserve a Trophy

Serena Williams announced her pregnancy this week on Snapchat, showing off her growing baby bump in a bright yellow bikini. She told followers that she's "20 weeks" along, meaning that the powerhouse tennis star was with child as she crushed the competition at the Australian Open in January and took home her record-breaking 23rd Grand Slam singles title. Between the shock of her being pregnant while casually slaying a global tournament and the fact that she and her BFF Beyoncé are expecting at the same time, social media users had a lot of feelings about the news. Here are the funniest reactions we found.

Celebrity Style
Kamala Harris Dances in a Rainstorm — Of Course, Converse Are the Best Shoes For That
by Sarah Wasilak 5 days ago